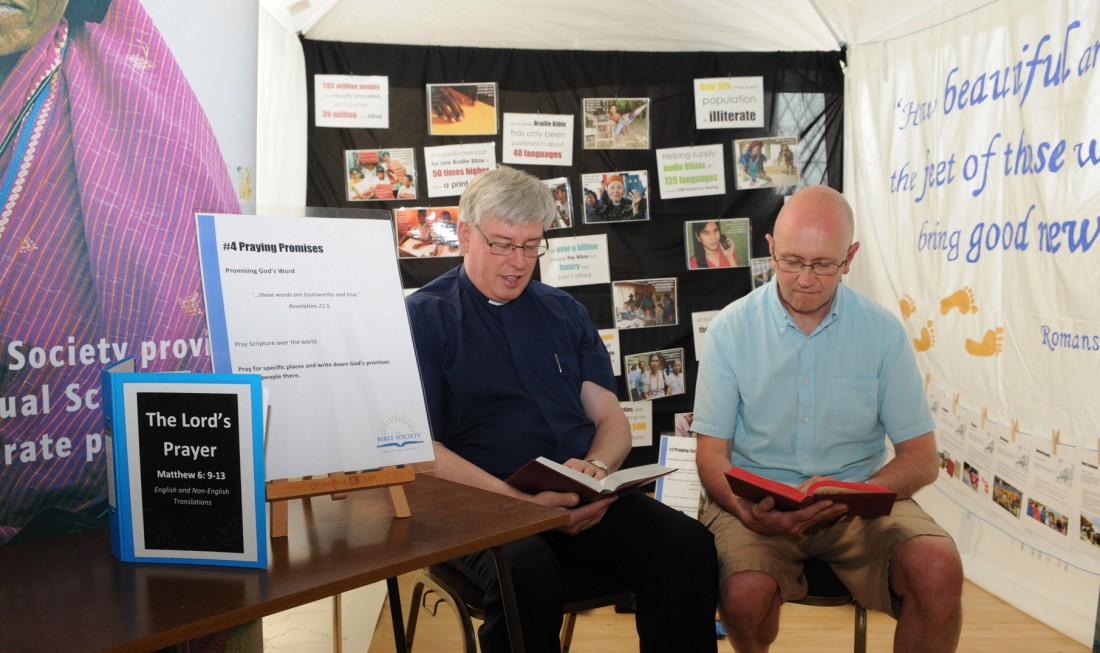 ‘Prayer, not violence’ is the message of Darling Street Methodist Minister Reverend Sam McGuffin hosting 96 hours of continuous prayer during the time of the G8 Summit.

The ‘G8 Prayer Summit’ offers an alternative to protest and Reverend McGuffin along with fellow organiser Mark Kenyon, of Youth for Christ, believes it can be of  real benefit, not only to the people of Fermanagh, but also visitors to the county.

“We’re having 96 hours continuous prayer for the leaders of the G8 nations, for the hungry, for the dispossessed, for the people who have nothing. Maybe please God they will be influenced by our prayers to be more fair with the distribution of the world’s wealth,” commented Mark.

The Church is open to anyone who wishes to use it for prayer and Churches across the county are all part of a joint effort to not only pray for Godly wisdom for the G8 leaders, but also to encourage people to pray with a world-view and to broaden their prayer horizons.

The summit will consist of 11 areas, known as ‘prayer pods’ which will be established throughout the Church, Church hall and the rest of the adjoining building. Those unfamiliar with the concept of prayer pods will be helped to engage with them and no one will be praying aloud but simply, quietly and personally praying in common cause as they feel led.

Among those whose resources will be used during the marathon prayer effort are Tearfund, The Bible Society, Enniskillen two:42, 24/7 Prayer, Prayer Ireland, Scripture Union, Open Doors, Real Life, The Barnabas Centre and Transformation Ireland.

“It’s another way to express your feelings about what’s happening so I would really love people to come and make use of it. Prayer instead of violence would be a great alternative,” added Reverend McGuffin.

The Methodist Church will be open to the public through the hours of 8am to 10pm at night. The organisers also hope to have a live television feed so people can keep in touch with what is going on and ensure their prayer is relevant.
“The idea is that people come in and pray for an hour, not six or ten hours, they come in for ideally one hour, go around the whole thing, pray about the issues and walk away,” added Mark.

The G8 Prayer Summit begins with a small service on Friday June 14 at 8pm in Darling Street Methodist Church and continues for 96 hours until 8pm on Tuesday June 18.