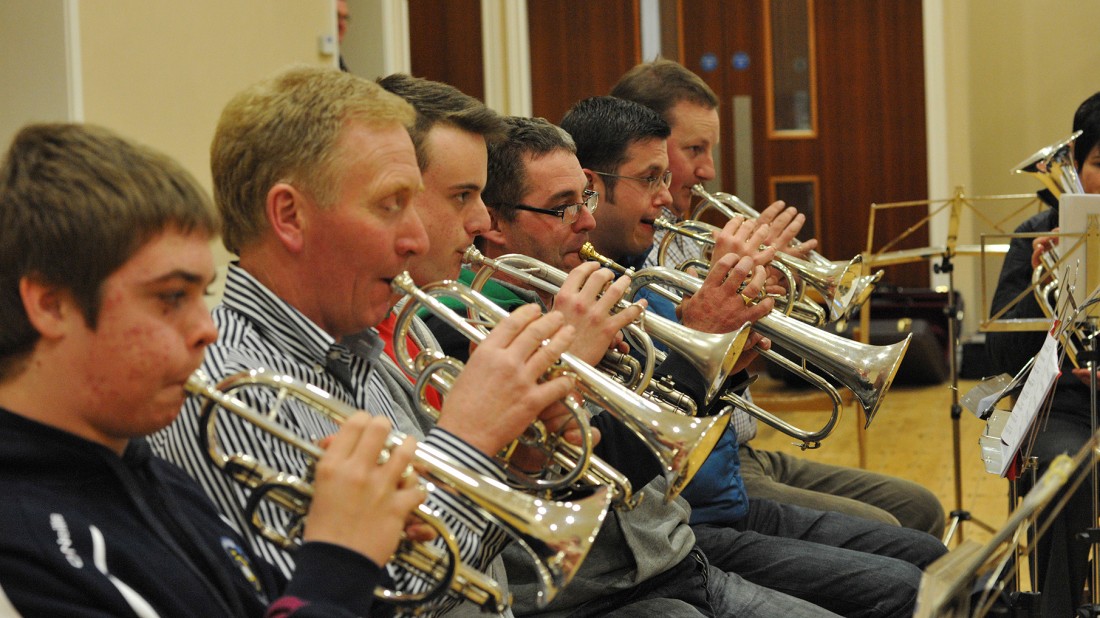 The musical stylings of two local silver bands was the focus of a special cross-community concert held recently in the Ardhowen Theatre. St Mary’s Silver Band and Ballyreagh Silver Band joined together in ‘Musical Harmonies’ on Friday May 3 ,the second phase of the ‘Making Music project’, funded by the European Union’s PEACE III Programme.

An almost full-house in the theatre witnessed a great night of music as Ballyreagh band secretary Robin Emerson explained.

“Both bands played individually and as a united band and the juniors in each band also joined together and played.

“Interestingly the two bands played a march, which had been specifically written, composed and arranged by Stephen Crooks, a player and conductor in Letterbreen Silver band. The piece was called ‘United’ and it was its first public performance

“We played a range of things, tunes from the shows, hymn arrangements and of course the march tune from Stephen.

“St Mary’s had also played in a contest in Strabane the previous Saturday and they played the test piece from that. It was very technically difficult and they played it well I must say.”

On the night the U3A (University of the 3rd Age) cross-community choir sang and according to Robin ‘they went down very well’.

Robin has found the partnership work with St Mary’s very rewarding and looks forward to continuing the good work they have started.

“We’re both in the same line of business, we’re both silver bands, we’re both over 100 years old and located three miles apart. I think most of us in Ballyreagh didn’t know one person in St Mary’s and vice versa and at the end of the day we’re the same kind of people, we just come from different backgrounds.

“As far as community relations go I would say it has been a great success, but it is still early days. We’re not expecting St Mary’s to give up their culture and vice-versa. Each respects each other’s situation and we can still cooperate and have a good time together which is what it is all about. All in all it was a very successful night.”