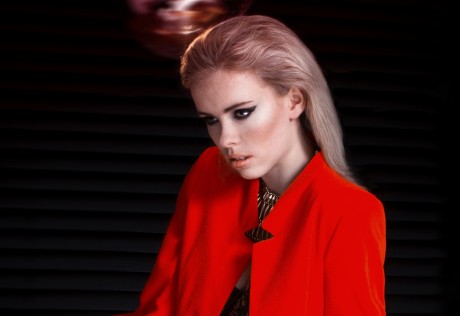 LOCAL STUDENT, UNA BURNS is proving that women really can multi-task by balancing her studies along with a promising career as a model.

At the week-end, the 21-year-old was a finalist in the ‘Top Model UK’ competition, the leading professional model search in the United Kingdom, just six months after deciding to give it a go.

“My mum had bought me a voucher for a local photographer Gail Mc Gowan for my birthday in 2010, and it was only a year later when the voucher was about to expire that my mum convinced me to go for the ‘shoot’ even if the photos were to end up in a drawer.”

A friend then convinced Una to send the photos onto an agency and the rest, as they say, is history.

From there, Enniskillen girl Una hasn’t stopped and in a whirlwind six months has found herself high in demand.

“I have done three fashion shows, four bridal shows and I have another Fashion Show sponsored my Coca Cola and West Coast Cooler coming up in the Summer.”

Una has also been fortunate to work with some of the top photographers, designers and retailers in the industry, including Enniskillen’s own designer Lisa McCabe of Nor Lisa fashion.

Such is her rapid progress, Una is also featured on the cover of this season’s Northern Ireland Wedding Belle Magazine, the February edition of U’NiQ and the March edition of ‘Flawless’.

The Top Model competition was just another step in Una’s fledgling model career and although she originally never planned to enter, made the final of 28 girls from the 4,000 who originally applied.

She stated: “I really enjoyed being a part of such a prestigious event, and it was an honour to have gotten so far.”

Although she didn’t win the competition it was while she was sitting in Stansted waiting on her flight home that she opened her emails to find three organisations wanting to book her for future events and shoots.

But, Una, a final year Religion and History secondary school teaching student has no plans to verge off her designated career path.

“I love modelling and meeting new people, but it is something extra and a part time job for me.”