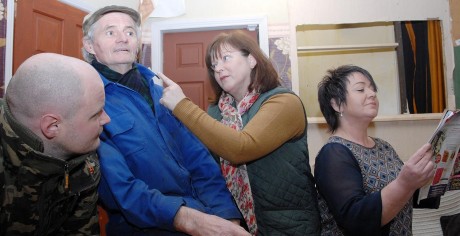 Members of the Knocks Drama Group pictured during rehearsals of their latest production “THe Maiden Aunt”. They are, Pauric McAloon, JIm McConnell, Una Rice and Yvonne Crudden

THE KNOCKS DRAMA GROUP will this year leave the audience in stitches with their performance of, ‘The Maiden Aunt’.

This is a three-act comedy written by Jimmy Keary from County Westmeath. The play is directed by Martin Mc Manus and Angela Smyth. The group, which is comprised of new and old members, has been rehearsing since last October in preparation and  a great deal of work has gone into the play to make it a terrific and entertaining night out with plenty of laughter.

The play tells the story of  Gertie O’Grady, played by Yvonne Crudden, a retired teacher and spinster who comes to stay with her niece, Mary Murphy (Una Rice) after a spell in hospital.

Mary tries to persuade her Aunt to make a will, but when Gertie apparently, ‘dies’ before she can make one, Mary’s husband, Dan (Padraig Mc Aloon) comes up with an elaborate plan to get their hands on her money, enlisting the help of Francie Gilhooley, played by Jim Mc Connell.

Eamon McGarrity believes this year’s offering will be another riotous comedy that brings in the crowds.
“It is a very funny play and there is lots of laughter in it. To be quite honest, comedy is the thing that goes down well around the Knocks.

“If it was a serious play, we might not get the crowds. We generally do though get the crowds, and I would say this could be our  6th year performing.”
‘The Maiden Aunt’ will be performed in the Knocks Community Centre on Friday, March 22nd ,24th and 31st, with additional performances on April 5th and 7th .

Each night the play will begin at 8.30pm sharp. 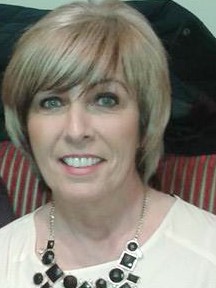 Tributes to popular mum-of-five at heart of community 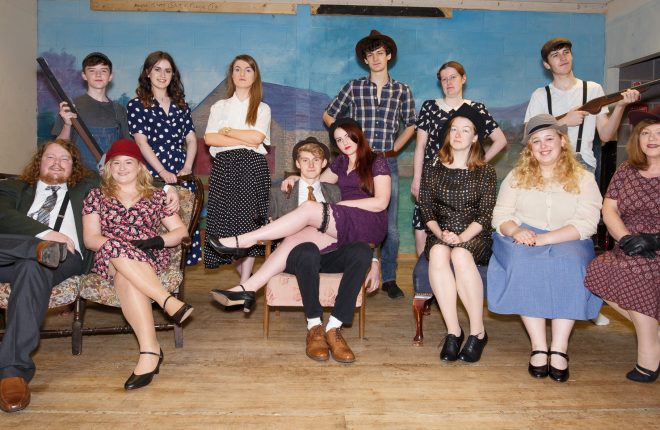 Knocks Drama back on the boards

Whether you're looking to laugh or cry, the Barrow Gang have you covered.