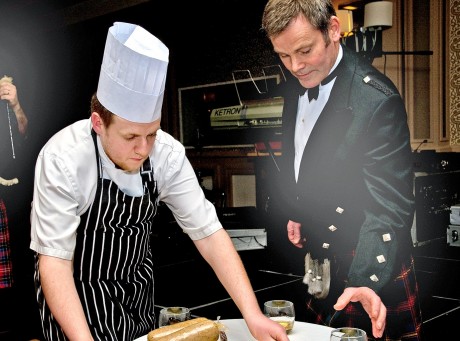 THE memory of poet Robbie Burns will be honoured at a Burns Supper in the Westville Hotel tomorrow night.

Robert Burns was born in Alloway, Aryshire on January 25,1759. His father, William Burness and other neighbouring farmers paid for a teacher to educate their sons. William Burness his father was however the main tutor of his family giving them a good grounding in the ‘Three Rs’ and geography and history. Thus Robert was introduced to the English Classics of the day along with the songs and tales of Bonny Scotland.

Farming was tough in those days and Robert Burns took up a position with the excise office. He was a keen observer of mankind and of course a great lover of the fairer sex. This combination gave him much to write about and thus we have hundreds of his poems, some in song detailing the many attributes of the human race. His keen insights into human life made him the darling of the day within the literary circles in Edinburgh. He died in the prime of his years aged just 37 in 1796.

Through his 12 children Burns has over 600 living descendants today. One of these Diana McElhomn, formally from Kilmarnock, is much looking forward to delivering the ‘reply from the lassies’ at the premier Burns supper which will be held in the Westville Hotel on Saturday, February 9.

She is well equipped to respond to the Lord Laird of Artigarvan who will raise a ‘toast to the lassies’ after Frank Galligan from Highland Radio, Donegal has delivered the immortal memory. Hamish Logan will have exhausted his strength having caught and slaughtered the Haggis.

A full four course dinner will follow with haggis being optional! All of the guests will partake in a good old knees up taking part in some ceilidh and waltzing. Contact Christine Rusk 07570803516 or William Stinson 07872620088 or the Westville Hotel for further details.