THE new elective surgery unit for overnight patients at the South West Acute Hospital (SWAH) has been blasted as a “disgraceful consolation prize”.

Announced by the Western Trust, the new unit has its first patients this week in a move to help the Health Service in the North reduce waiting lists for surgical procedures.

However, there was no indication that the recently-suspended emergency surgery facility at the SWAH would be making a return.
Cllr Donal O’Cofaigh, who is part of the Save Our SWAH campaign, accused the Trust of using the new unit to deflect attention away from the loss of emergency surgery and stated that people will not be easily fooled by this announcement.

He said: “The Trust bosses appear to think that the consolation prize of an overnight elective care hub will make the people of Fermanagh forget the shutdown of live-saving emergency general surgery at SWAH.

“They have decided that the lives and health of the people of Fermanagh is a price worth paying to lower the waiting lists across the north.

The Trust claims that they have no alternative but to ‘temporarily’ shut down emergency general surgery at SWAH but at the same time tell us that this closure is actually in our best interests.

Cllr O’Cofaigh urged Fermanagh residents to keep up the fight to restore the SWAH’s emergency surgery unit and to send a strong message to the Western Trust that they will not accept “second-class status”.

He added: “Sadly, the reality is that this is a long time coming. Health policy for many years has been driven by vested interests who seek to push privatisation and rationalisation.

“At root this is a political question. The problem we have is that all the mainstream political parties are fully signed up to the Bengoa plan to close small rural acute hospitals to better fit around private sector medicine and to the benefit of vested interests.

“But our health service should not be run for the vested interests of a few but the needs of the many. The NHS will last for as long as we will fight for it.” 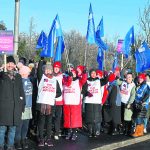 SWAH nurses next to protest on picket lines 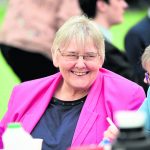 Review is hampering efforts to save SWAH surgery 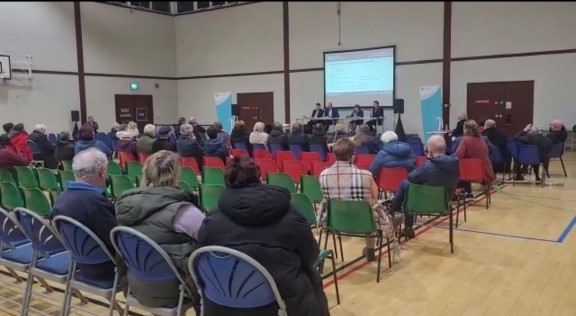