FEARS have been expressed for the mental health of Fermanagh footballing ace, Kyle Lafferty.
The Enniskillen man is currently serving a 10-match ban for his club, Scottish Premiership side Kilmarnock, after being caught on camera using sectarian language.
His ban, which was handed down by the Scottish Football Association (SFA), not only excludes him from first-team action but also reserve matches and even bounce games as well.
Kilmarnock boss Derek McInnes stated that the rule that Lafferty can’t even play a bounce match means that the lack of football could have a detrimental effect on his top striker’s mental health.
McInnes said: “We’re disappointed he wasn’t allowed to play in bounce games and reserve football because, from the whole mental health issue, we hoped he could still get some stimulus of training and playing games.
“Someone who plays on the edge at times and there’s that whole well-being with young players and young men when what they do, what’s most important to what they do in life, their main function, is taken away from them. You have to be careful and mindful of that. He is not allowed to play in any official games, so he can’t play reserve football or any time we have to ask the SFA for referees.
“That whole thing of when we play 11 versus 11 in training and try to keep him involved and try to get that pitch work.”
Lafferty was described as a very supportive team-mate and very popular with his team-mates and staff.
“The fact he was banned means training becomes even more important for him and us. He has not missed a session,” McInnes said.
“He comes to every game. He’s making a contribution. It’s not the contribution he’s paid for or the one we want from him, but he’s certainly being supportive.
“He obviously regrets the situation he’s found himself in. We feel as a club we were really punished to the extreme.
‘We have to accept the punishment given to him, but it’s a lesson for everyone.
“It’s alright training for training’s sake, but not having played competitively for the best part of four months. It’s been a dragged-out season already. We are shy of the halfway stage in the league and we are in December.
“The good thing is he hasn’t missed a training session so he’s not losing too much general fitness.
“It’s just match fitness. I still think he can contribute even if it’s not a 90-minute performance.
“He’s definitely still capable of giving us something.” 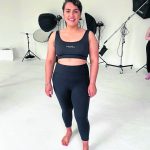