WHAT started off at a chance encounter at a traditional Irish music session in Fermanagh in 2016 has now become a full-time devotion for The Tumbling Paddies.
The six-man band is one of the top acts on the local music scene and they regularly perform every week to jam-packed concert halls and large venues throughout the country.
In order to cope with the demand of playing music and performing full-time, the Fermanagh icons have given up their day jobs.
“We were getting too busy to juggle full-time jobs and music,” lead singer Gareth Maguire told the RSVP Magazine, “I was a mechanic before, but now I’m working in music full-time.
“Oisin [McManus], our keyboard player, left his job and one of the lads [John McCann] is still studying. He is in final year in college so he will have to finish that out.”
Guitarist Lee Jones, who was working as an engineer in Galway, also confirmed that he has ‘finished up’ in his job.
“It was always going to happen at some stage,” he said, “life caught up with me in the end and I knew it was a decision I was going to have to make.”
Since they first started out on the road in 2016, The Tumbling Paddies have risen to fame and they have a huge following right across Ireland.
Keeping their shows ‘lively’ and ‘quite fun’ is key to their success, explained Jones.
“The younger crowd love that,” said the Derrygonnelly singer, “they go mad at the gigs and we have noticed that, so we will stay doing what we are doing.
“The Saw Doctors have a lively approach to their gigs and they play a good variety of songs. That’s what we try to do ourselves. We love getting up on stage and seeing the crowd reacting to us.”
Earlier this year, The Tumbling Paddies released a cover of The Cranberries hit track ‘Zombie’. They also dropped their first full album, ‘The Way We Are’, featuring some of their top songs including ‘Pretty Girl’, ‘Springsteen In The Dark’ and ‘The Way I Am.’
Maguire said that the band have big hopes and ambitions for the future.
“We want to grow as much as we can and, for us, the sky’s the limit and we want to be as big as we can over the next few years.” 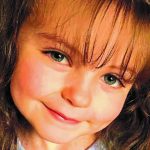