MAPLE HEALTHCARE has hit back at reports that the Lisnaskea-based GP Practice is on the brink of closure.
Last weekend, it was reported that the Department of Health confirmed that Maple had handed its contract back to them.
The Department confirmed that services would continue at the practice for the next six months.
A spokeswoman told The Fermanagh Herald: “The Department of Health can confirm that Maple Healthcare in Lisnaskea have handed back their contract to deliver GP services.
“We want to reassure patients that Maple Healthcare will continue to retain the contract to deliver GP services for the next six months.
“We will now begin a recruitment process to put new arrangements in place to deliver GP services.
“Patients at the practice do not need to take any action. They should continue to contact their practice as normal.
“We will be writing out to all practice patients to keep them informed as this process begins.”
However, in a letter seen by The Fermanagh Herald to Maple Healthcare stakeholder, the practice claims to “remain committed to the community in Lisnaskea, Newtownbutler and Roslea”.
The letter said: “The current contractual model has become increasingly difficult to deliver. The remaining partners wish to focus their energy towards delivering clinical care. We are therefore engaging with the Department to relinquish our current contract during 2023 and explore options for the future.
“We would like to stress that this is likely to be a contractual change and transition which will release our doctors from administrative and business tasks resulting in more time to devote to patient care.
“We would like to clarify that rather than a ‘change in management’ which was erroneously reported over the weekend, what we seek is a change in employment and contractor status. We hope that whatever agreement is reached with the Department, it will safeguard GP services within our community for the foreseeable future.
“We do not anticipate that the coming changes will diminish the range of clinical services provided in our locality. Furthermore, there is no reason why the exciting new Health and Care Centre planned for Lisnaskea will in any way be adversely affected.”
The retirement of GPs at the Lisnaskea practice, over the past 18 months, and the imminent retirement of another, is understood to have impacted the decision to hand back the contract.
Following its intervention in the Trillick and Dromore crisis, it had been stated that the Trust had not taken on the contract for Roslea surgery when it closed as Maple Healthcare had been willing to take on its patients.
There have long been reports of patients struggling to access services at Maple Healthcare with one, Maureen McGarrity, in a BBC Radio Ulster interview, outlining the problems that she and her daughter have had
She said: “The problems (at Maple) had arrived even before Covid had come in. You would be trying to get appointments and you were not able to get them.
“You were told you might have to wait two or three weeks before you could get one. Nobody would answer the phones and the receptionists, when they did answer, would ask you a lot of questions which more or less asked ‘do you deserve to get an appointment or not?’.
“I phoned up once to make an appointment as was told that my GP was not free for another couple of months. I had to say to the receptionist, ‘how is he booked up so much in advance? How do you know you’re going to be sick in a month’s time?’. I only ring for a GP when I know that I need to or my child needs to see him.
“People would book doctors out months in advance and that should never have been allowed at any stage.
“I have a daughter with a learning disability. I need to have a GP for her and I need a local hospital that I can go as soon as possible to if anything happened to her.
“This is leaving us hanging on thin air. I just feel that we’re living in no-man’s land. The way we are going is a very slippery slope.” 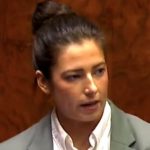 Permanent solution to Maple crisis must be found 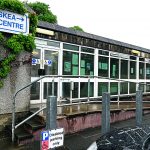