“DON’T throw the baby out with the bathwater” over the Protocol Bill is the message from Ulster’s farmers to the British government.
The Protocol Bill, which is currently being debated in the House of Lords, could see the hardening of the border that separates Northern Ireland from the Republic.
Fears on the effects this would have on the agricultural sector in Fermanagh and the rest of the North have grown – especially if the EU make good on their threat of sanctions if the Northern Ireland Protocol agreed when the UK exited the EU is undermined by this Bill.
However, the Ulster Farmer’s Union (UFU) President, David Brown has urged caution over the Bill’s implementation.
He said: “There are things within the Protocol that provide some levels of protections so we don’t want the baby thrown out with the bath-water so to speak.
“In relation to the Protocol Bill, we have made it clear that we do not wish to see anything that cause the hardening of the Irish border. We have one third – 800million litres – of milk go south for processing. We have around 354,000 lambs – and the equivalent number of pigs go south for processing as well.
“So we’ve had that freedom of movement of food and animal products and it is vital to retain that.
“However, with the recent change in government at Westminster, there definitely seems to be a change in the mood music regarding this Bill. There seems to be more positivity about discussions but this Bill, not to mention any sanctions that might follow from the EU, would do huge damage to Northern Ireland’s agricultural sector and would equally do likewise to the republic of Ireland.
“The Republic doesn’t want to see a trade more anymore than we do so I hope that common sense will prevail.”
However, Brown does state that there are issues faced by farmers with the Northern Ireland Protocol in terms of his members trying to access the British market which since January 2021 has been separated from them with the installation of the Irish sea border.
He added “Undoubtedly there have been difficulties since the beginning of all.
“The movement of livestock between ourselves and Britain has become much more difficult in the sense that if some of our breeders want to bring over cattle and sheep, those animals have to remain have to remain in Britain for six months.
“Livestock sales in Carlisle or Stirling were always the showpiece for our pedigree breeders. But our farmers are in the difficult place of having to sell something when the buyers know you have to sell it because you can’t afford the possibility of leaving it for six months.
“There are other issues with the Protocol as well. Top of our agenda would be veterinary medicines. We did have a grace period regarding those medicines which was extended after December 2021 which expires next month.
“The chief vet has indicated that if we don’t get a resolution to that, a significant number of medicines for the preventing and treatment of diseases will be more significantly expensive or will not be available at all. It’s worth remembering that half of those medicines will be for agricultural animals with the other half of those of us who keep pets such as cats and dogs.
“Of course the counter to all of that is that Northern Ireland still has access to the EU marketplace – that’s something which we obviously can’t afford to lose. But ultimately, we need to access both the EU and British marketplaces.” 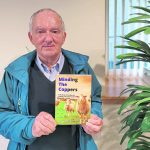 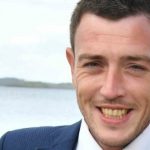