IS THIS the cutest little dairy farmer in Ireland? Millions of TikTok users certainly think so.
Adorable two-year-old Ina-Grace Byers from Ballinamallard melted people’s hearts as a video of her helping to look after cows on her family farm went viral on TikTok.
Currently, the video has got more than two million views and her mother Victoria, who put the video together, now has nearly 19,000 followers on her TikTok account.
In the video made by Victoria, tiny Ina-Grace has no problem telling the cows to ‘go on!’, ‘get out!’, ‘get up!’ and ‘come on, get out please!’ as she goes about her business. Throughout the video, she shows no fear of any of the large cows as they walk by and generally has a good laugh at them.
The TikTok video, which lasts for more than three minutes, also shows her doing a variety of jobs such as switching on the milking machine, hosing down the shed floor and enjoying a well-deserved glass of milk and cookies after her work is done.
The popularity of the video took her mum Victoria completely by surprise.
“It just shows how something so simple and innocent can go a bit crazy. I just took some video clips of her as I thought they were funny and overnight it just took off on TikTok,” Victoria, 32, explained.
“Comments on the video have been from all over the world. A lot I had to translate as they weren’t in English, they were in different languages!
“The vast majority of people commented on how it reminded them of working on the farm and how great it was to see that she wasn’t sitting at home watching TV or on her iPad.”
As is the way with social media today though, not all of the comments were positive.
“Of course, there were also comments saying it wasn’t safe what she was doing, but you can’t please everyone. These people wouldn’t have even worked on a farm.
“I’d never put her in a dangerous environment. She was always safe and not in any danger,” Victoria said.
Ina-Grace, who will be three years old at Halloween, has a sister Poppy, 8, and brother Charlie, 5, but they are both at school during the day, so she has the farmyard to herself these days.
“She loves watching herself on the TikTok video. It’s amazing how it’s all taken off,” Victoria said.
“A lot of people don’t know what goes on in the dairy industry, so it’s educational.
“You get a look at what actually goes on every day at a dairy farm.” 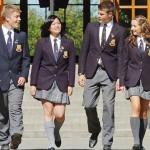 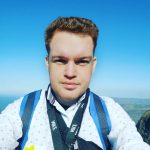 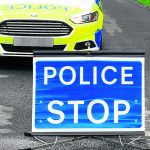 Crime rate up but anti-social behaviour figures down