AS THE Enniskillen Public Realm scheme edges closer to completion, a car park in the centre of the town is now set for a major makeover, which will see if partly closed until February.
Last year Communities Minister Deirdre Hargey travelled to the county town to announce £470,000 in funding had been granted for works to improve Quay Lane car park, which has been plagued with anti-social behaviour in recent years.
The environmental improvement scheme, which gets underway on September 26th, is aimed at complimenting the Public Realm project, and is expected to take 20 weeks to be completed.
Parts of the car park will be closed during the five month project. The Council, which has responsibility for the car park and provided £120,000 of the funding for the project, said the works will be carried out in three phases to minimise disruption to residents and business.
The first phase of the works will include drainage, street lighting, kerbing and resurfacing improvements at the eastern side of the car park.
The second phase will see work on footpaths, installing natural stone similar to the stone used on town centre paths as part of the Public Realm scheme.
The final phase will include works to improve drainage, street lighting, kerbing and resurfacing at the western section of the car park.
Council chairman Cllr Barry McElduff welcomed the works, which are being carried out by FP McCann.
“The scheme will complement the works recently completed in the town centre as part of the Enniskillen Public Realm Scheme and they will help to make the area welcoming, accessible and safe,” he said.
“It will also improve connectivity to the town centre for all which is important to ensure that our towns remain vibrant.”
When announcing the funding for the project last year, Minister Hargey said the improvements would not only improve the look and physical environment of the car park, but also “address key linkages to provide a safe and accessible town centre.”
The car park has been the focus of much debate and concern over recent years due to a rise in anti-social behaviour, becoming a favourite gathering spot for local young people in their cars. 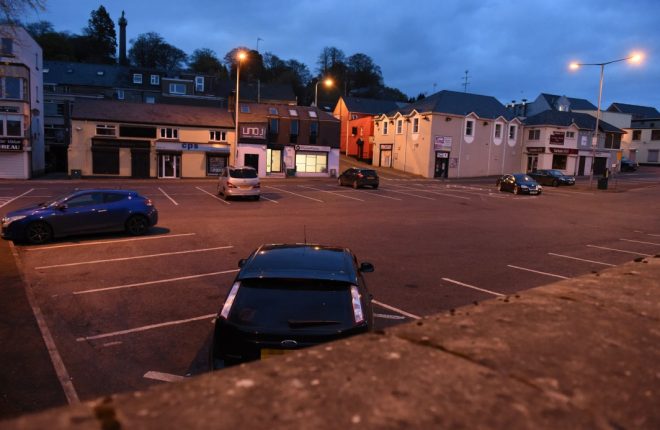 PSNI promise to get tough on boy racers in town centre

YOUNG drivers have been warned that they risk having their cars seized if they are caught participating in...

A FERMANAGH based police officer has been accused of stealing hundreds of pounds worth of goods from Asda in...