WITH Fermanagh Live fast approaching, one performer joining the line up for the arts festival for the first time this year is looking forward to his musical homecoming.
Derrygonnelly man Rory Pierce is one-third of musical trio Iona Sound, a band that “stitches together” the sounds of Ireland, Scotland and Scandinavia.
Rory, who plays the cello and the low D whistle in the group, is joined by Max Greenwood on piano and Bríd Cannon, on violin/fiddle.
The trio have each been playing for many years, but as an outfit have been playing together for about four years, taking their unique classic-folk vibes across Britain, Ireland, and mainland Europe.
The Ardhowen set will last just over an hour long, with arrangements of Celtic and Scandinavian tunes.
“Some of the arrangements are quite adventurous, some are quite sensitive,” said Rory.
“There will also be projections onto the screen behind the musicians of images of landscapes from Scotland and Scandinavia.”
Rory, who is currently residing in the gatehouse of the Tyrone Guthrie in Co Monaghan, a residence for creative artists, is no stranger to live performance.
A graduate of the Royal Academy of Music in London, in the past he has toured with fellow Fermanagh man Neil Hannon and his Divine Comedy, and he is also a founder member of the spectacular GRIT Orchestra, which plays some of the UK’s largest venues and is made up of musicians from some of the country’s best know orchestras. Rory described GRIT as bringing the best of the classical scene together with the best jazz players, then joining them with the best fiddle and folk players.
“It’s an orchestra that’s a fusion of classical jazz,” he said.
This year will be the first time Rory has played FLive, and he’s very much looking forward to it. He said he always enjoyed the variety of the arts festival, and was particularly impressed that the programme even involved local schools.
“I love the fact there is an educational element to Fermanagh Live. That’s just so important, bringing up the young talent,” he said.
“That’s the future, that’s where the future of culture lies, with the kids in the schools.”
Rory advised any young people considering pursuing a career in music to “be really true to yourself musically.”
ess, doing advert music, doing music you’re heart’s not quite in, don’t worry about following that. Don’t think you have to follow the money. Just always be true to yourself.
“Don’t compare yourself to anyone else’s success, because they might not be being true to themselves,” he said, adding teaching a couple of days a week or getting a part time job could also provide a bit of financial stability when starting out.
Iona Stage will be performing at the Ardhowen Theatre on Saturday, October 8th at 7.30pm. 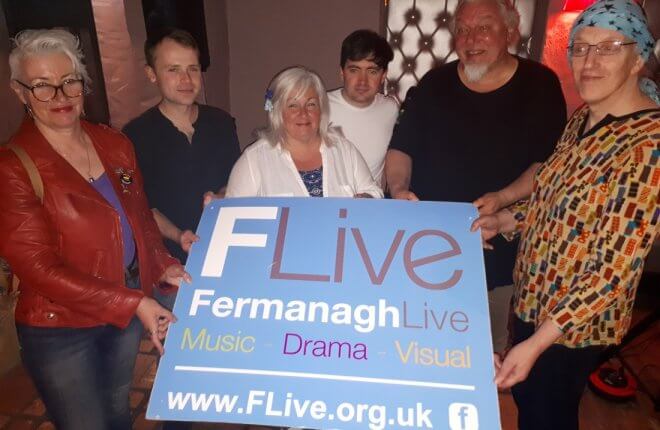 FLive weekend kicks off in Enniskillen