FERMANAGH’S community heroes have been honoured at a special gourmet dining event at the South West College (SWC) in Enniskillen.

After putting out a call to the public for nominations for people to nominate their friends, family, neighbours or colleagues who they felt deserved recognition for their contributions to community life during the Covid pandemic, a total of 16 local heroes were selected to be hosted to the gourmet treat last Thursday evening.

The event also marked another milestone for the SWC’s flagship Erne Campus – the end of its first academic year – and it was hosted by students from the college’s culinary arts programmes. The menu was specially designed by the budding chefs of the future, and celebrated the finest of local produce.

Campus manager Carol Viney said now that restrictions had eased the college had been able to welcome the community through the doors of the state-of-the-art fully passive building, and the reaction “has been overwhelmingly positive.” She added the gourmet event had celebrated just a few of the local community’s heroes, and had been a way to say “thank you” for their efforts.

Michelle Rankin, marketing manager, said the organisers had been “awe struck” at the number of nominations they had received, and at the heroes’ stories.

“It was clear to see the impact that our community heroes are having on the lives of those around them, some of the nominees were suggested multiple times,” she said, adding the SWC was privileged to play a central role in the lives of the local community.

Among those honoured were local teachers, ministers, pharmacists, nurses, community carers, mental health workers, LGBT campaigners, sports coaches, and several who quietly give their time behind the scenes to help others, without ever seeking recognition.

Below is just a small selection of the 16 community heroes recognised at last week’s event:

– Garrison woman Patty Magee was nominated by her daughter for her tireless and selfless work as a community carer.

“She is such a quiet and unassuming lady but a total warrior when it comes to the care of others,” said Lorraine.

– Belcoo community pharmacist Niall McPartland, who personally dropped off supplies to local people’s homes during the lockdowns. He was described by his nominator as “an inspirational young man who always puts his own needs above others.”

– Boho man Peter Gallagher, who donated eggs to the local community for free every week, while always remanding humbly anonymous.

“The families and individuals who received the eggs never knew where they came from,” said his nominator. “I am sure they speculated and they did ask but when they were told it was a caring Boho gentleman they would nod and smile, that was all they needed to hear.”

– Sarah McKiernan, who helps families in need by helping buy oil, food and children’s presents among many other things, was nominated by someone whose family she helped, who said she went “above and beyond for a stranger.”

– Davy Phair, a volunteer trustee at The Pantry foodbank in Lisnaskea, who delivered food parcels for those isolating and who were vulnerable during lockdown.

“Often he was the only person that some people would see in a day and always met people with a smile,” said his nominator. 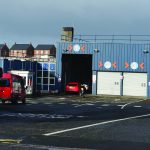