NEWS Fermanagh will be included in the next phase of a plan to boost local GP services has been welcomed locally.
With many local doctors leaving general practice, whether due to retirement or for family reasons, and few new doctors being recruited in the area, the current GP crisis facing Fermanagh has been well documented in recent times.
Last month, when warning the situation was only going to get worse, local doctors urged Health Minister Robin Swann to take urgent action by recruiting of new GPs, and rolling out of the Primary Care Multi-disciplinary Teams (MDT) in Fermanagh, which provide surgeries with additional services.
Minister Swann has now announced a 10 percent increase in GP training places in the next academic year, in an attempt to tackle the ever growing GP shortage, stating the training increase was “an important step towards stabilising out GP workforce.”
He has also announced further details of the roll out of the MDT programme, which will see new physiotherapy, social work and mental health roles introduced at GP surgeries, to work alongside enhanced levels of nursing and the existing practice team.
The programme is being rolled out by area, and while north Belfast is the first on the roll out schedule, the South West Federation – which covers the Fermanagh and Omagh area – is second on the list.
“The MDT Programme has been a key priority for me and work has been ongoing on developing plans for the further roll-out of the model. I am pleased that, as a result of that work, we have now an agreed way forward for the further rollout,” said Minister Swann.
“I hope to soon see the MDT model in place across all of Northern Ireland but, given further rollout of is dependent on the availability of funding and workforce, it has to be staged. The next three proposed GP federations for the MDT programme are north Belfast, south west and east Antrim – all areas that are hugely deserving of this important programme.
“There is further work to be done, not least on securing the budget necessary to progress the rollout at pace, however it means that GP Federations and HSC Trusts can now start to work in earnest with the MDT Programme team on plans for rollout in their areas.”
Local MLA Rosemary Barton said she was “delighted” with the announcement.
“This is something I’ve spoken to Robin about on many occasions and I’m delighted that the South West Federation has now been selected,” she said.
“Following his approval at the end of last year of £18.5 million the new Health and Care Centre in Lisnaskea, this is another major positive move for primary care across Fermanagh.” 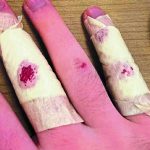