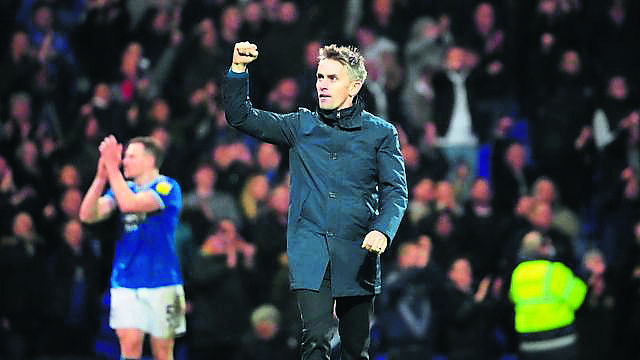 DREAM START… Kieran McKenna got his first win as Ipswich Town manager in their opening game on Wednesday night at home to Wycombe Wanderers.

With 44 minutes on the clock at Portman Road, winger James Norwood slotted the ball to the back of the Wycombe Wanderers net to give McKenna’s side an early advantage.

“It’s a pleasing result but getting three points at this stage of the season is the most important thing,

“We’re a long way behind where we want to be and we need to get points on the board quickly, so tonight is a good start.”

McKenna knows that there is plenty of room for improvement for his team.

“There were lots of pleasing aspects about the performance as well. It wasn’t pretty at times, it was tough and gritty, but I thought we did the ugly bits of the game well.

“We were tough, competitive and the players worked their socks off. There were moments of quality, and we know that side of things will improve.

“A second goal would have given us the cushion and we could have controlled the ball more, but, overall, it’s certainly something to build on.”

With 26,456 watching McKenna’s team get the win, the former Manchester United assistant felt very privileged to have received so much support from the Ipswich faithful in his opening game.

“The fans got us through the last 10 minutes because the players were tired and had used up a lot of energy.

“They were here in their numbers and they got right behind the team.”