Advertisement
HomeUncategorizedMcKenna up for the challenge as Ipswich manager
Advertisement

WHEN rumours began to circulate last week that Kieran McKenna was among the candidates for the vacant Ipswich Town hotseat, there was a mixed reaction and a lot of surprise.

How could a man from rural Fermanagh get a job at one of the oldest and most popular football clubs like Ipswich Town? Why he would want to leave his coaching role at Manchester United?

Would he have the experience and the credentials to forge a career in top-flight football management?

In his first official club interview as Ipswich Town manager, McKenna has answered all of those questions in one.

“This is an ambition I’ve had right from the start of my coaching career. I’ve worked really, really hard to get this opportunity and I’ve developed myself as a coach very well over the last 12 or 13 years to become the best coach I can be.

“The ambition all along was to take this step to lead a team and lead a club so I knew that would come [where I’d have to leave Manchester United].”

McKenna’s move to Portman Road comes at a challenging time. Ipswich currently sit 11th in League One, 13 points adrift of the top four.

The Coa man and his assistant, Martyn Pert, were in the stand for Saturday’s game against Sunderland and McKenna feels that there is certainly plenty of potential to work with, even if their league position might say otherwise.

“In regard to the game on Saturday, I enjoyed it a lot.

“The occasion and how the club set it up with nearly 30,000 fans was a fantastic occasion to see.

“I thought the performance, in the first half especially, was really positive and I liked the commitment, aggression and mentality of the team.

“It certainly looked like a team who are still fighting for things this year and aren’t ready to give up on the season just yet. I liked that.”

Ipswich have a proud heritage and McKenna joins the list of a lot of famous managers.

Alf Ramsey, Bobby Robson, Roy Keane and Mick McCarthy have all spent spells in the Town hotseat and McKenna is looking forward to putting his stamp on the world famous club.

“As soon as you come down here you understand what it means to people and what a fantastic club it is with the fan base and support.

“We also realise where we are in the league table. It’s not been a successful couple of years and there’s a lot of work to be done behind the scenes to improve in all aspects.

“We focus on Gillingham on Boxing Day but also on the immediate improvements we think can be made around the training ground and the building to improve the environment.”

Whether you are a Liverpool, Manchester United, Tottenham or Arsenal fan, one thing is for certain.

All eyes will be at Gillingham FC stadium on Saturday to see how McKenna gets on in his first day as Ipswich Town manager.

Whatever the result, the next six months will be exciting for the people of Fermanagh to see how one of their own gets on against the best football managers in the world. 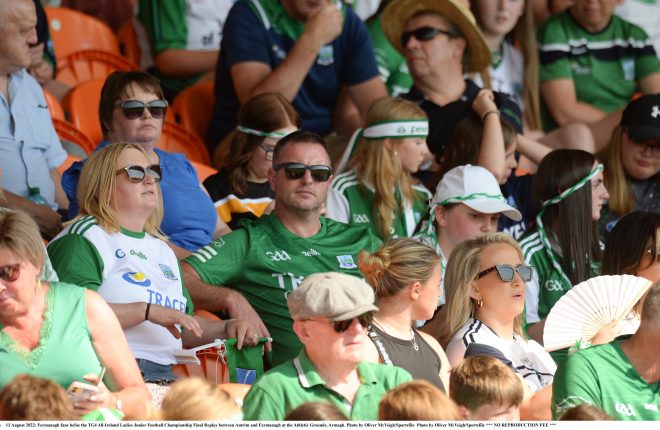