IT’S smiles all round for the many friends and family of popular Lisnaskea man Tommy McDermott, who recently celebrated 70 years of being a Pioneer.
To acknowledge his achievement, the 87-year-old was proudly presented with a certificate in honour of his success.
“This is a great achievement for Tommy”, explained one relative. “Even
though he spent much of his life doing concerts, shows and attending fleadhs, he was never tempted to break his pledge.
“He was also a busy man rearing a family of nine children, the big loves of his life are his family, his music, his faith and his football”.
The Macknagh man is renowned throughout the county for his contribution to Irish traditional music.
A founding member of the Comhaltas Branches in Roslea, Lisnaskea and
Derrylin, Tommy has used his talents to promote traditional music all of his life.
“He won the All-Ireland ballad singing competition at the Fleadh in Thurles back in 1964, and although he will be 88 next month, he still sings in Holy Cross Church Lisnaskea every week and says music is life itself and music can heal wounds that medicine cannot touch”, revealed his daughter.
“He also loves Gaelic football and won medals with his native Roslea until he got married to his wife Aggie from Lisnaskea and then played with the Emmetts until he retired from football when he was 37”.
Tommy married his late wife Aggie over 65 years ago and admits that he is “thankful” for the love and support he has received from his family and friends following her death back in April.
Together they shared nine children, 19 grandchildren, and a number of great grandchildren that continues to multiply every year.
His daughter told the Herald, “Tommy is certainly a great role model for his family as he proudly shows off this great achievement.
“He has strong beliefs in his pledge and feels sad when he sees the abuse of alcohol and other dangerous drugs become so widespread in this present day”. 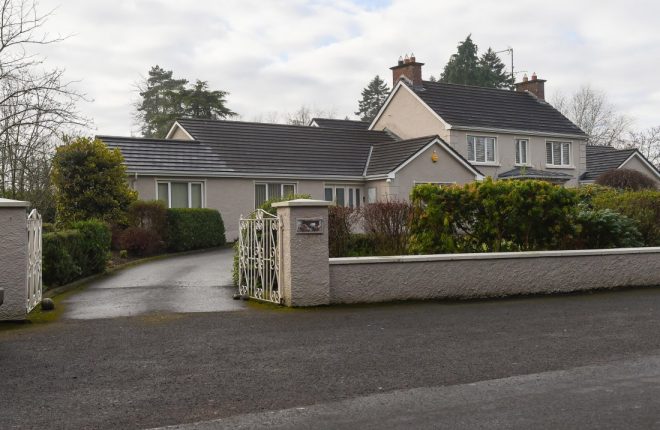 A PUBLIC meeting has been planned for the Donn Carragh Hotel, Lisnaskea this Friday, 6th January (at 7.30pm) to...