Hoy admits it was very disappointing to hear the news that the Championship had been postponed, especially the fact they had a lot of the preparation work already done.

“It is obviously a major disappointment for us. We had done a lot of preparation with fitness and work on the car and with the team. You could say we had a lot of the less exciting work done. As the lorry was literally sitting at the docks in Larne ready to board the boat and begin to travel to Portugal for a test in the car, the first round was cancelled.”

Since their podium finish in Hungary last November, Hoy and Devine have been destined for great things and their dream was confirmed at the Autosport International Motorsport Show when it was announced the dynamic duo had secured a seat in the Hyundai i20 R5 for the European Rally Championship.

The Monea native admits that while they are very disappointed not to be able to get started on their European Championship, this time gives himself and co-driver Callum plenty of time to get ready and focused for whenever the rallying season is able to commence.

“It may be hard to take at the moment but it has also proved as a chance for us to reflect on what we have experienced to date. Often we go from rally to rally trying to fulfill goals and targets and we aren’t really looking back and taking time to appreciate what we have done to date.
“We believe that when we do get back in the car, we will be hungrier for success that we ever were before.

We are hopeful that when this outbreak is over and everything comes back to some sort of normality, we will be able to pick up where we left off and compete in whatever rounds are able to run in the remainder of the year and look ahead to next year and what it might bring.”

Despite the fact that the future of the European World Championship debut is in doubt, Hoy insists that the most important thing to remember is the reason why all sporting events have been cancelled and he is full of praise to all those front line workers and NHS staff who are putting their lives at risk.
“Although we are disappointed there is no rallying on at the minute, it is important that we remember why we are at home and not rallying. All credit and support must go to all the front line workers who are trying incredibly to stem this terrible virus. We really hope to be back on the stages this year at some point and we will look forward to that.” 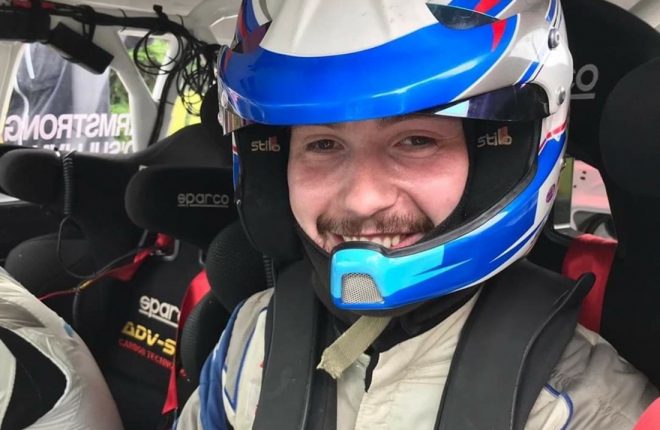