With the prospect of facing one of the finest Academy sides in Europe in the opening round of Premier fixtures, manager Scott Robinson was naturally excited and eager to get started.

He acknowledged that playing opposition from across the globe is a step into the unknown, but remains confident of causing a few shocks at STATSports SuperCupNI.
“Of course when we were drawn in the same group as Valencia your eyes light up, it’s a massive tie for us,” said Robinson. “The players are really up for it and are excited for a big game. The last minute withdrawal of our Monday opponents last year, Spartak Moscow, due to visa issues, was naturally disappointing so to get another top side on day one this year is a worthy reward for the players.
“It’s an opportunity for our boys to play on a big pitch at an Irish League ground, the traditional home of this prestigious tournament. There’ll be a large crowd coming to watch Valencia, but the Fermanagh faithful always travel well, so it’ll make for a great atmosphere. Some boys may never have played in front of such a large crowd before, so it’s an exciting prospect.”
Despite entering uncharted waters with Spanish and American opposition, Robinson is focusing on what his players and how they intend to play. “We don’t know much about South Coast Strikers either from California. Armagh we of course know very well, having faced them in pre-tournament friendlies. But ultimately it’s about us, how we play and how we’ve set up. That won’t change and we are ready for the challenges that lie ahead.”
Looking ahead to the week, the local entrepreneur is quietly confident his side can deliver, despite the tough draw.
“We have got nothing to lose. It’s always been my way that we go into every game to play to the best of our ability and to win. Each day we will look to move up the table if we can and finish as high as possible, setting us up for more top challenges on Thursday and Friday.”
Robinson paid tribute to the work of his players and back room staff. “We have 18 quality players who have worked very hard. Now we have just been focusing on the tactical side of our game, as our players are physically ready for the week ahead. It’ll be a tough five days for them all, but they’ll be looked after like professionals and have a full itinerary of activities.
“They couldn’t have been coached better, by a better group of people. Barry Anderson-Coulter, Chris McDowell, Shifty Malone and Nigel Keys. I couldn’t ask for a better team. It’s now up to the boys to put it all into practice. It’s been six months of hard work for all, now it’s time to deliver.” 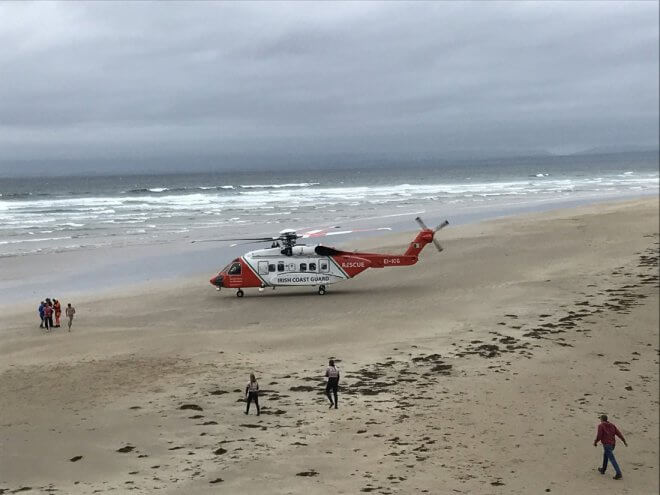 Irish Water Safety (IWS) carried out a risk assessment at the beach in the aftermath of the death of...

HARPS ARE ON A HIGH