Advertisement
HomeSportGAAFermanagh 60 minutes from promotion
Advertisement
There’s an air of expectation in Fermanagh about Saturday’s national league final clash with Antrim at Clones.
The stars, it would seem are aligning for the county. Hogan cup glory, Towns cup joy for Enniskillen, Josh Elliott’s motorcycle success and Ballinamallard’s Irish cup appearance, it’s a good time for sport in the county, a good time for Fermanagh’s ladies to finally make the step out of Division 4.
“It’s been too long” agrees Brookeborough’s Anna Boyle as she eyes the prospect of promotion.
“Fermanagh have gone close over the past couple of years, but we all know that getting out of the Division is so important. We have players who have only ever played in Division 4. Older and younger players alike, and we are ready to step up.”
Standing between Fermanagh and that long awaited promotion are Antrim. Johnny Garrity knows a round one victory in the league will matter little this weekend as the sides meet at Clones.
“It’s always a nice reward to get playing at Clones,” said the Erne boss. “It may bring back some good memories for the players who were involved in 2017, but this is a new squad and we have a responsibility and an opportunity to create our own memories and we are keen to do exactly that on Saturday.”
Garrity, pictured right, is new to the managers role too. He set out at the start of the year to secure promotion, they’re now sixty minutes away from marking off a first target.
It’s been a good season so far for the Fintona native and his Fermanagh charges. They have played with plenty of belief, especially in a stunning semi-final comeback win over Limerick.
“We have had to battle to make it to the final. To come back from 11 points down is certainly doing it the hard way, but that experience will stand to us and ensure we go into the final knowing that even if we are behind we are never out of the game.”
That will be a valuable asset against Sean O’Kane’s Saffrons, they are playing with great confidence too.
“We have been going well,” said fellow Tyrone man O’Kane. “We beat a good Louth team in the semi-final and we have been playing some good football, we are a different team now from the opening day. It’s a settled squad, a good mix of experienced players and new girls coming through, three minors joined us this year and have went well.”
O’Kane guided UUJ to success at university level in the winter and he will certainly have done his homework on Fermanagh, his opposite number well aware of what to expect.
“Antrim always provide a tough opposition and they will be coming into this game on a high after highly impressive wins over Carlow and Louth. We know from playing them earlier in the campaign that they have a talented group and will be hard to beat.”
Reality has been the watchword for Garrity. The championship isn’t that far away and this will be the second of at least three meetings between the two sides this term. For Fermanagh though, Saturday’s encounter is the only focus.
“The build up has been excellent,” said Garrity. “The girls are focused on the job in hand, they have trained very well. We have worked hard to learn the lessons from the semi-final and we are going into the game in fine fettle.
“That said we know that once all the preparation is completed it will all be down to the girl’s performance once they cross that white line. As a management, everything we have done over the last two weeks has been to ensure they deliver that performance on the day.”
Fermanagh and Antrim come into the game without injury worries, there’s an air of confidence in both camps. Getting out of the bottom tier of league football is notoriously difficult, but reaching Division 3 would be a massive lift ahead of the championship summer.
Fund-raiser
Fermanagh ladies are hosting a fund-raiser in Blake’s of the Hollow on Sunday. Music will be by Mad For The Road with a DJ afterwards. There will be a raffle on the night with tickets are £5 and all proceeds going to Fermanagh Ladies football. 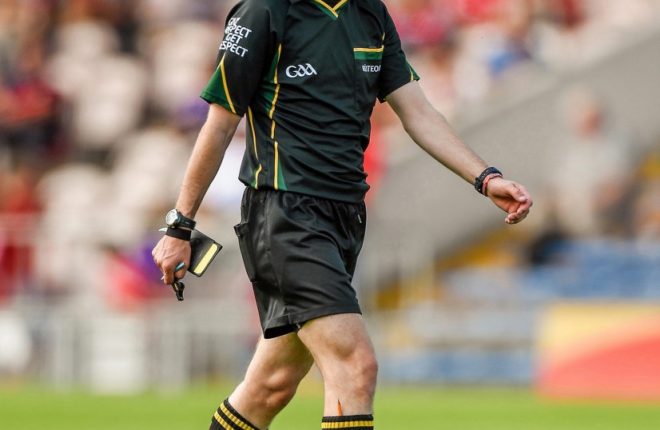