FERMANAGH businesses should be on high alert after three ATM machines in neighbouring counties were targeted by thieves using a digger in the past month.
Police are currently investigating after an attempted ATM theft in Omagh during the early hours of Sunday morning, January 6th. Thieves used a piece of plant machinery in a bid to remove the ‘built-in’ cash machine from a shop in the Killyclogher area at around 4am.
Police believe the piece of machinery was stolen from a building site a short distance away, and was set on fire immediately after the incident.
This incident comes just weeks after an ATM was stolen in Co Monaghan from the wall of the Bank of Ireland on Main Street, Ballybay, and on December 22nd, another ATM was stolen from a shop in Fintona. Police have not said that these incidents are connected.
In December after the Ballybay incident, a Gardai source told the Times the tactics used in the theft were remarkably similar to the methods used by a cross-border gang back in 2011 and 2012.
Gardai and the PSNI at the time believed that gang had been involved in more than a dozen thefts across Fermanagh, Tyrone, Cavan, Monaghan and Armagh.
No one was ever prosecuted for the ATM thefts, which stopped after 2012.
The Irish Times reported that the Gardai believed some of the members of the previous gang could have been involved in the Ballybay theft and feared that they would strike again.
“The tactics certainly match as does the brazenness,” said their source. “They knew what they were doing.
“These things don’t happen in ones. We’re going to see a repeat of this soon either here or across the border.”
Police are appealing for any information regarding the Omagh incident saying, “I am keen to trace the movements of a dark-coloured Volkswagen Passat which headed towards Cookstown, and I would appeal to anyone who believes they may have seen this vehicle around this time, or prior to when the incident was reported, to call us on 101.” 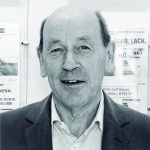