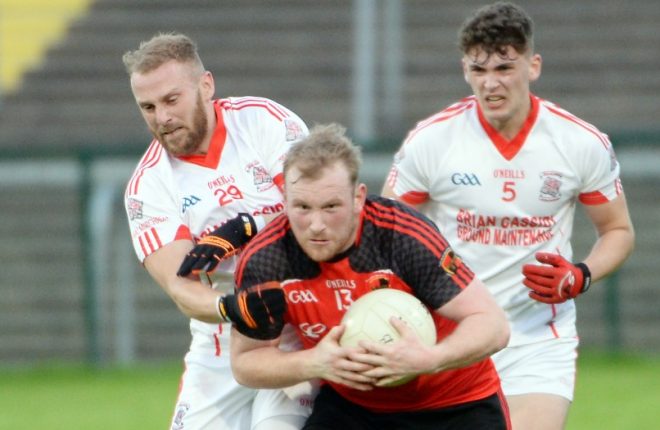 All 20 clubs in the county are out in championship action this weekend.
Every game will be crucial with senior, intermediate and junior championship final places up for grabs, while other sides will be battling hard to avoid relegation.
Tie of the weekend looks like being Saturday evening’s senior semi-final clash between Ederney and Erne Gaels in Brewster Park. Michael Cassidy’s St Joseph’s will be warm favourites, having swatted aside Belcoo in the quarter-finals, backing up an impressive league run.
Erne Gaels needed a replay to get past Tempo, and have had an indifferent league, but their championship form in recent years would suggest that they have plenty in their locker to trouble Ederney.
The weekend’s opener will see Derrygonnelly face Devenish on Friday evening in Enniskillen. A repeat of last year’s final, many will expect a similar result with Derrygonnelly progressing to their fourth successive county final. However Devenish have shown surprising resilience in the face of adversity this season and won’t be there to make up the numbers.
At intermediate level St Patrick’s and Irvinestown meet in their semi-final in Derrygonnelly on Saturday afternoon. A big gun will have to exit the championship in this game and whoever progressed will fancy their chances of not only going all the way, but making a real impression in Ulster.
In the other side of the intermediate draw the pacesetters in Division 2, Enniskillen Gaels and Belnaleck face off in what will be one of the weekend’s most hotly anticipated games, with McMurrough’s boss, Colm Bradley, aiming to take down the colours of his native club, Enniskillen. Expect a big crowd in Derrylin on Sunday afternoon for that one.
In the Junior Championship Aghadrumsee and Coa will be battling it out to book their place in the Junior decider at the first time of asking. Meanwhile Brookeborough and Derrylin and in the last chance saloon as they take on each other looking to keep their junior championship hopes alive.
The senior championship relegation ties see Teemore take on Tempo, while Roslea face Belcoo. Only one team will be making the drop so the losers of this weekend’s game will still be alive, but their fate will be hanging on the outcome of their relegation final.
The intermediate relegation battle is always particularly intriguing, with a big gun making the drop to the junior ranks. This weekend sees Newtownbutler, Kinawley, Lisnaskea and Maguiresbridge all fighting furiously to avoid the relegation final.