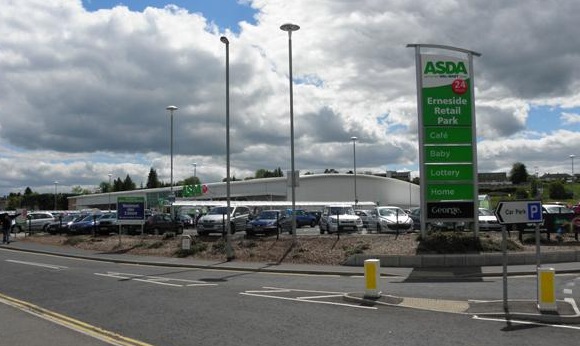 A 21-year-old man has been sent for mental health assessment by a judge after he made threats to kill hospital and supermarket staff in two separate incidents over the weekend.
James Boyle of no fixed abode, was arrested on Saturday last, July 14th, after making the threats towards staff at the South West Acute Hospital and Asda in the space of a few hours.
Boyle was due to appear before Enniskillen Magistrates Court on Monday where a bail application was to be made.
However Boyle could be heard shouting in the cells of the courthouse seveal times during the proceedings.
When his case was due to proceed, district judge Michael Ranaghan was told by court staff that Boyle was in no fit state to be brought up into the dock due to his demeanour and also that he did not wish to be legally represented.
The judge ordered that the case be dealt with in his absence and that he would personally inform Boyle of his decision afterwards.
The court was told that police were called to Enniskillen hospital at 8.40am on Saturday following reports that Boyle was in the building where he was being aggressive and verbally abusive to staff on reception.
Officers were told that Boyle had made threats to kill a manager at the hospital and made a gun gesture with his hand.
Later that day at 3pm, Boyle behaved in a similar way towards staff at Asda, again being aggressive and verbally abusive.
He told a manager there: “I’m going to shoot you in the neck and I’m going to shoot you in the stomach.”
Police were called to the store as staff feared that Boyle would carry out the threats. He was arrested and brought to hospital where he was medically assessed but later deemed fit to be released.
Boyle was charged with making two threats to kill, two counts of disorderly behaviour and one of common assault.
Police objected to bail at Monday’s hearing with an officer telling the court that this was the fourth incident they had dealt with involving Boyle in the past week.
The female constable said police were objecting to bail on the grounds that they believed Boyle would re-offend if released and carry out the threats he had made. She added that no suitable bail address was available for Boyle.
The judge ordered that Boyle be immediately admitted to the Tyrone and Fermanagh Hospital in Omagh for assessment given his “very substantial mental health issues” and went down to the cells himself to relay his decision to the defendant.