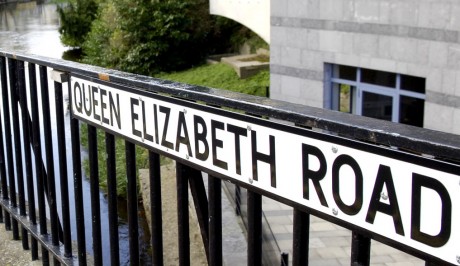 THE STINK that pervaded Enniskillen town centre last week was caused by people flushing items down the toilet that they shouldn’t have.
Last week, and particularly over the bank holiday period towards the end of the week the east end of the town, around the Clinton Centre and the Cenotaph, was plagued by a nauseatingly bad smell.

The stink was coming from an overflowing manhole nearby on the Queen Elizabeth Road, from which sewage was rising up and running all over the street.
The problem has now been resolved. A spokesman for NI Water were working on the problem from last Friday until Monday, and have said the cause of the problem was caused by a blockage.

“The manhole was overflowing as a result of a blockage caused by a build-up of inappropriate items in the sewer,” they said. “NI Water removed the blockage and provided a full clean-up of the area. The incident has now been resolved.”
The utility company urged people to watch what they were flushing, such as cotton buds down toilet and women’s products.
“NI Water would like to appeal to the local community to be mindful of what they put down the toilet,” they said. “While NI Water has a responsibility for the sewers, we need everyone to dispose of their waste appropriately.
“NI Water has spent over £1.5 billion investing in water and wastewater infrastructure but no amount of investment will completely stop blocked pipes and out of sewer flooding if people continue to flush wipes, including flushable, sanitary items and cotton buds down the toilet.
“Customer awareness and behaviour change is the only real way to address sewer misuse.
“The message is simple, don’t flush anything other than paper, poo and pee and keep wastewater flowing through your home and our network.”