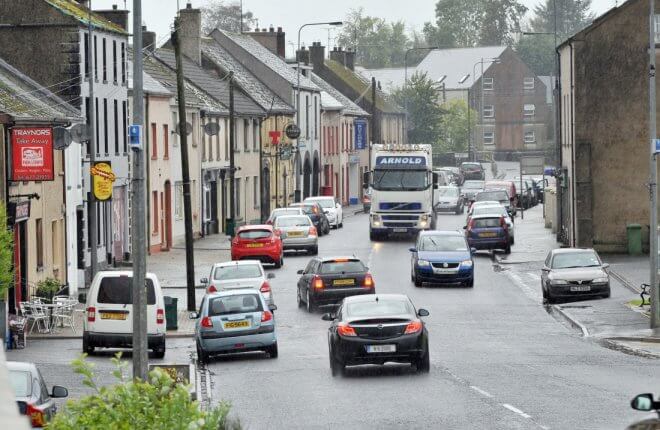 A shop in Maguiresbridge has been targeted in an early morning break-in after three men armed with an axe have barged into the premises and caused damage to an ATM.

The incident happened at around 1.50am this morning (Wednesday) in the Main Street area of the village.

While the men left empty handed, police say damage was caused to the store’s ATM,

Detectives in Enniskillen are appealing for information and witnesses following the report of the attempted theft.

PSNI Detective Inspector Trevor Stevenson said: “We received a report at approximately 1:50am that three men had forced entry to a shop in the Main Street area, using an axe.

“Damage was caused to an internal ATM machine. However, it was reported the men left empty handed.

“The suspects were described as wearing dark clothing and had their faces covered.

“I am appealing to anyone who was in the Main Street area between 11pm and the time the incident was reported to us and saw any suspicious activity, or anyone who knows anything about this incident, to contact police at Enniskillen on 101 or information can also be provided to Crimestoppers on 0800 555 111.”