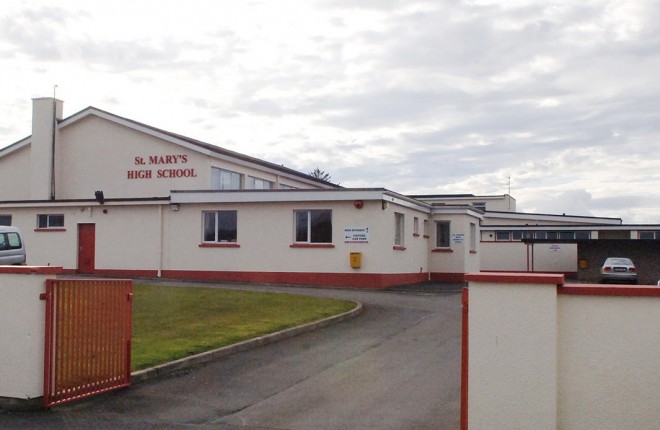 PARENTS of those attending St Mary’s High School in Brollagh have unanimously voted in favour of a transforming it into an integrated school.
This was among a number of proposals made to save the school from closure at a public meeting attended by over 150 local people on its future last October. The meeting was called amid intense local anger at the planned closure of the school, which has been in operation since 1963.
On the night, the majority of people in attendance were very keen to explore the integrated education option, which is reflected in the results of a recent ballot as 100% of parents supported the move.
Currently the school has an enrolment of 85 which is expected to rise this September.
Despite facing the four separate threats of closure by the Council for Catholic Maintained Schools (CCMS) over the past ten years, the lack of permanent principal and financial deprivation, parents say the school still achieves the highest academic results. It has been in the top ten performing schools in Northern Ireland for the past three years.
The CCMS had originally tried to close the school due to its falling enrolment when it had 121 pupils on its books, far below the recommended minimum number. This was rejected in 2014 by the then Sinn Fein Education Minister, John O’Dowd.
Last September, a new proposal to shut the school on August 31st of this year or as soon as possible thereafter was published. This was later withdrawn to allow officials to consider public objections to the closure.
Jane Weir, secretary of St Mary’s High School Parents’ Action Group told the Herald: “As the academic year draws to a close and staff and students prepare for their summer holidays, this is a positive move for the future of Brollagh.
“This fantastic progress for the school and the local area of transferring to integrated means we would be removed from CCMS management.”
The Board of Governors will now put together a development proposal for Brollagh to be transformed into an integrated school which will be sent to the Department of Education for approval.