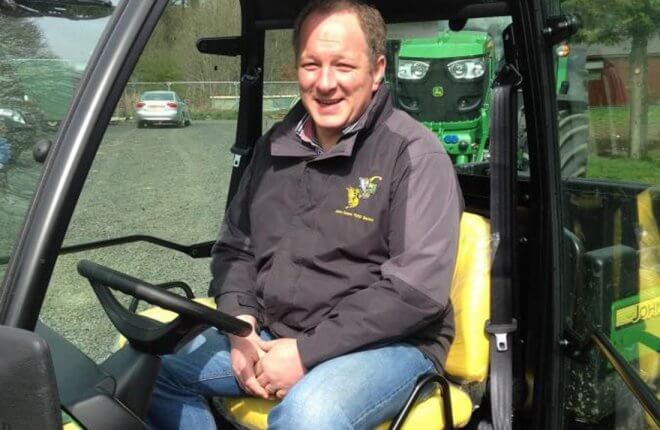 FERMANAGH roads have claimed their first victim of 2018 who was laid to rest yesterday (Tuesday).
Wilson Atchison (42) from the Coleraine area died after the black Volkswagen car he was driving was involved in a two vehicle collision on the A4 Belfast Road at Brookeborough at around 8.35am on Friday morning.
The father-of-three passed away from injuries sustained in the collision involving an oil lorry on the busy main road which has claimed several lives in the past. It’s believed the oil tanker was heading in the direction of Belfast while Mr Atchison was the sole occupant in the car travelling towards Enniskillen.
The road was closed for most of Friday to allow police to deal with the incident and motorists were diverted via Tempo and Clabby towards Fivemiletown.
Ulster Unionist councillor Victor Warrington, who lives near the scene, said that in the past decade, there have been at least seven fatalities along this stretch of road between Brookeborough and Fivemiletown.
“This is a very dangerous part of the road which sadly has claimed a number of lives in recent years. It’s very hard to know what can be done to make it safer,” he added.
Fellow Brookeborough councillor Sinn Fein’s Sheamus Greene added: “We have seen a lot of fatalities on this stretch and unfortunately it’s just ongoing.
“Hardly a year goes past now without someone losing their life there. It’s hard to put your finger on why this is continually happening although there are continuous sweeping bends and possibly people are being caught out on these.”
Mr Atchison from Ballyverasal Road in Coleraine was a well-known and highly respected member of the farming community. He worked as a sales manager at Coleraine-based Stephen Moore Farm Machinery who said this week that they were “devastated by the loss of not just our colleague, but our close friend”.
He is survived by his wife Michelle, children Rachel, Molly and Evie, parents Raymond and Olive, stepmother Annette and brother David.
He was also an active member of Ballyrashane Presbyterian Church where his funeral took place yesterday afternoon followed by interment afterwards at Ballywillan Cemetery.
Police have renewed their appeal for information about the fatal crash. They are keen to hear from anyone who was travelling on the Belfast Road at around the time of Friday’s morning’s crash and who may have witnessed it or captured dashcam footage that could assist the investigation.
The PSNI’s Collision Investigation Unit can be contacted on 101.