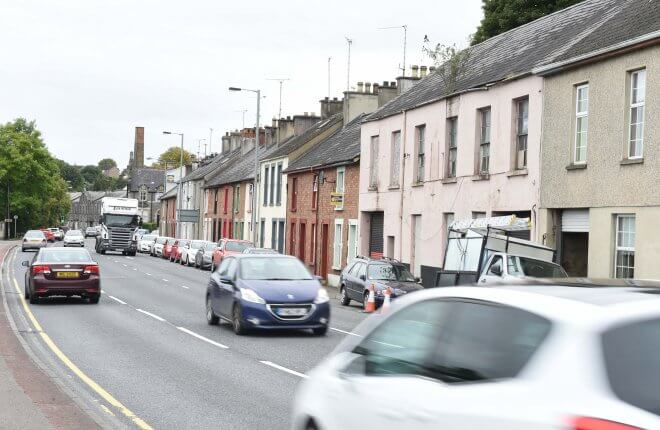 THERE’S good news and there’s bad news for Fermanagh motorists, though thankfully the good outweighs the bad.
The good news is, due to extra funding at the Department of Infrastructure, a number of road improvement projects are planned for in and around the county in the coming months.
The bad new is, some of these projects have the potential to become a major headache for local motorists while they are being carried out.
As well as confirming more defects on low-traffic roads and potholes of more than 50mm will now be repaired, as opposed to 1cm as it had been previously, the Department has announced a number of improvement schemes.
These include the next phase of the Derryhowlaght scheme on the Derrylin Road at Bellanaleck, a right turn lane at Dolan’s Ring on the A4, visibility improvements on the Fingerpost Road, between Tempo and Kilskeery, and a new shared footway/cycle path at the Lough Yoan Road in Enniskillen.
There will also be a resurfacing works, including the Tummery Road, which may mean disruption for Omagh commuters, and at the New Bridge Road near Lisnaskea.
One planned resurfacing project that may strike fear into the hearts of motorists and business owners in Enniskillen is the Sligo Road, which is scheduled to be resurfaced in two places. As few who use the road will forget from previous works on the road over the past couple of years, whenever this vital thoroughfare is restricted in anyway gridlock often follows.
No details have been announced yet as to when the above works will begin.
Western division roads manager Conor Loughrey said, overall, the Department had more money for such projects this year.
“These projects will realise significant benefits for both the local community and commuters,” said Mr Loughrey.
Stating a total of £15 million had been set aside for a roads recovery fund, which will be used to address “areas of immediate need”, he said the maintenance programme will also include an improved grass cutting service to ensure road verges and sightline grass are clear.
Mr Loughrey added: “It is also worth noting other projects in the area recently completed, including carriageway widening at Dublin Road Enniskillen and a shared footway cycle path at A4 Sligo Road Enniskillen. A range of other local traffic and safety measures have also already been delivered including an ongoing programme of street lighting renewal with LED lanterns.”