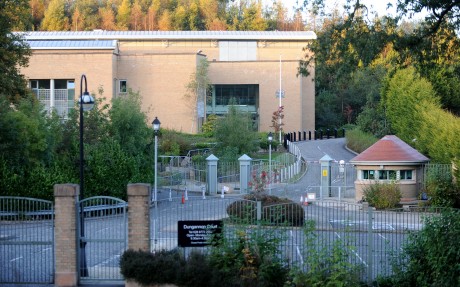 A 32-year-old man has been jailed and made subject to a Violent Offences Prevention Order (VOPO) following a campaign of abuse sparked by the victim seeking a divorce. During a three month period of sustained obsessive behaviour, emotional blackmail, assaults and threats to kill, matters escalated to a point where the victim had a loaded shotgun pointed at her and warned she would “not get out alive”.
Atis Heinbergs (32) of Tattynuckle Road, Brookeborough but in custody since arrest, placed listening devices in his ex-wife’s home to monitor her, and fitted a tracker to her car, keeping a trace on her movements.
He admitted multiple offences including assaults, threats to kill, using a firearm to cause fear of violence and perverting justice.
Most took place between June and August 2017, but the perverting justice charges occurred later while Heinburgs was in prison.
Dungannon Crown Court heard the couple, who have an 11-year-old child, parted in 2012 but remained on good terms. This changed dramatically last year, when the victim wanted a divorce.
Heinburgs sent hundreds of texts, pleading for reconciliation. When refused the texts became menacing and sinister, stating he would take their child away. He then started assaulting the victim.
On one occasion he held a knife to her stomach, and said, “You have two choices – you take me back or we are both dead.”
She managed to calm him down and he left, but within a short time, matters reached crisis point.
The victim arrived home to find Heinburgs there. He pushed her onto a bed, took her phone and searched through it.
He then reached under the bed and produced a loaded shotgun which he pointed directly at the victim, stating, “There’s no going back. We are both dead.”
He stopped but picked up a bedside lamp and showed the victim a small box attached to it. This transpired to be one of a number of listening devices he had installed in her home and by which he monitored her activities.
Having managed to calm Heinburgs down, the victim went to police.
He was arrested and remanded in custody but proceeded to write to the victim asking she withdrawn her evidence.
Judge Neil Rafferty described Heinburgs’ attempts to win back his ex-wife.as “obsessive, threatening and irrational”.
He continued, “The use of a firearm is a very significant factor …. This must have been a terrifying ordeal for the victim.”
Heinburgs was imprisoned for two-and-a-half years, with half spent on supervised licence.