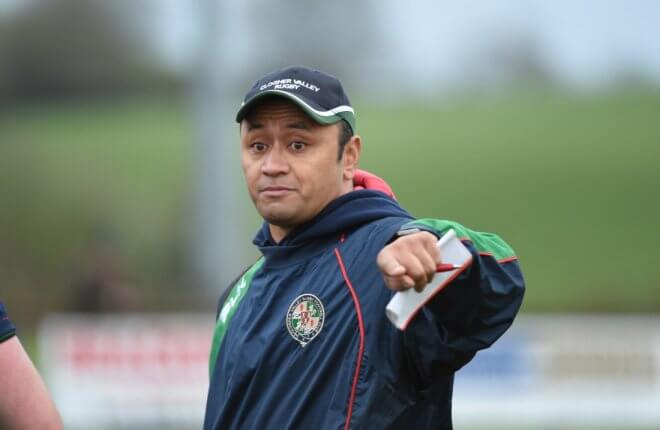 THE former head coach of the Clogher Valley Rugby Team, who admitted assaulting his now ex-partner in a domestic violence attack, has come in for heavy criticism by a judge who branded his conduct, “humiliating and degrading”.
Hemi Taukiri (45) of Main Street, Fivemiletown had been due to return to his native New Zealand days after the offence but was required to cancel his travel plans after a judge ruled pre-sentence reports were necessary given the seriousness of the attack.
Efforts to have the matter dealt with straight away were rejected, after the details were disclosed.
Dungannon Magistrates Court heard police received a report from the victim just before midnight on 7 April who said Taukiri had assaulted her.
She explained the couple had been attending an end-of-season rugby party where an argument had broken out among Taukiri and some team members.
They left and on returning home, Taukiri began shouted at the victim at the front door, accusing her of failing to stand up for him during the earlier incident.
Once inside, he told she the victim to leave and proceeded to grab her by the neck and jacket, drag her a distance along the hallway, then punch her to the face. Taukiri then went upstairs, gathered the victim’s belongings and hurled them at her as she lay on the floor.
She contacted police at this point.
Taukiri was arrested and while he recalled grabbing the victim, he told police a lot of alcohol had been consumed and his memory “was not complete.”
He could not recall striking the victim but accepted her account of events.
The court heard Taukiri expressed remorse and asserted such behaviour was “not in his character”.
The couple are no longer in contact and Taukiri’s departure remains imminent.
District Judge John Meehan remarked: “The idea of a woman, humiliated, degraded and attacked in such a cruel fashion is highly disturbing. This attitude of this court for all persons who commit such sustained violence in the confines of the home, will inevitably mean custody, save for only the most exceptional circumstances.”
However the judge said the attitude shown by Taukiri immediately accepting his guilt, which in turn spared the victim the additional stress of a contest, was of high importance.
Takuri was given a three month suspended prison sentence and ordered to pay the victim £500 compensation.