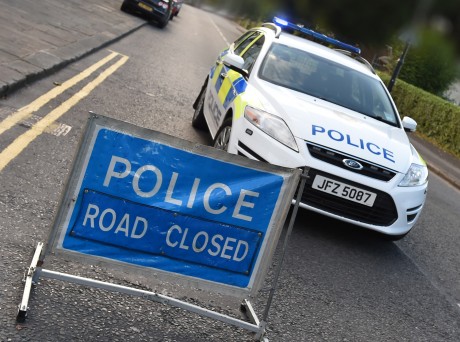 The Gardiners Cross Road in Maguiresbridge was closed last night following the collision but re-opened earlier this morning.

Police in Lisnaskea are appealing for witnesses following a two-vehicle road traffic collision on the Gardiners Cross Road between Tempo and Maguiresbridge yesterday evening (Thursday 17th May).
The PSNI say they received a report at 4.17pm yesterday of a collision involving a blue coloured Peugeot 208 and a maroon coloured Ford Fiesta.
Officers attended the scene along with ambulance and fire crews and the Air Ambulance Service.
The two female drivers, aged 24 and 46, who were the only occupants in their cars, were both taken to hospital.
The driver of the Peugeot, aged 24, was taken to hospital by the Air Ambulance Service.
Both women remain in hospital where their conditions are described as serious.
The Gardiners Cross Road in Maguiresbridge was closed last night following the collision but re-opened earlier this morning.
Sergeant Gary Wilson said: “I am appealing to anyone who was travelling on the Gardiners Cross Road around this time and witnessed the collision or believes they saw either vehicle prior to the collision, or drivers who have a dash cam fitted to their vehicle to check their footage to contact us.”
Anyone with information is asked to call police in Lisnaskea on the non-emergency number 101.