Advertisement
HomeHeadlineFergie was like a father to me, says Fermanagh keeper
Advertisement 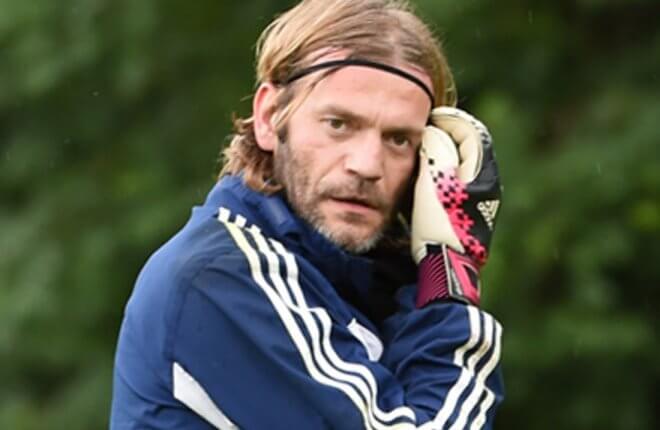 MANCHESTER United legend Sir Alex Ferguson has been sitting up this week and talking to family and friends after undergoing emergency surgery according to reports.
The 76-year-old’s response to treatment has pleased doctors at the Salford Royal Hospital, although they still claim he will face a long road to recovery after his brain haemorrhage.
Originally from Tamlaght, goalkeeper Roy Carroll, who played under Ferguson for four years after being signed from Wigan Athletic, spoke fondly of his former boss.
Carroll, now in nets for Linfield in the Irish Premier League, remembers him as a calm person ‘who was like a father to him’.
“He looked after the players really well and we all looked up to him. If you needed to talk then his door was always open,” said Roy.
“I want to send my love and best wishes to his family at this difficult time. “But I know Sir Alex is a very strong person and he will fight through it and hopefully get through it. He is in the right place and hopefully he will get well quickly.
He remembers the first time they met he was in Ferguson’s office and they talked for an hour and a half, but the first hour was all about family.
“That was the type of him,” said Roy.
“I respect him for asking me to stay on for another four years, but might not have much opportunity of playing much football. When I explained I would rather play he shook my hand and wished me well.”
“We’re all thinking of him and his family at this time,” added Roy.
Gabriel Maguire, secretary of the Fermanagh Manchester United Supporters Club said: “It’s terribly sad to hear about him. I’ve met him twice and he’s been excellent. I just love him for what he did for United and I don’t know if anyone from any club will do the same. He still has a big sway there and we wish him well. The branch sent him a message this week and hopefully he get out of it,” said Gabriel.
News of Ferguson’s admittance to intensive care and his emergency surgery rocked the football world at the weekend, with scores of figures from around the game lining up to wish him well.
Ferguson won 38 trophies in 26 seasons as United boss before retiring from his role at Old Trafford in 2013.
Yesterday (Wednesday) Manchester United announced that Sir Alex no longer needs intensive care and will continue his rehabilitation as an inpatient at Salford Royal Hospital.