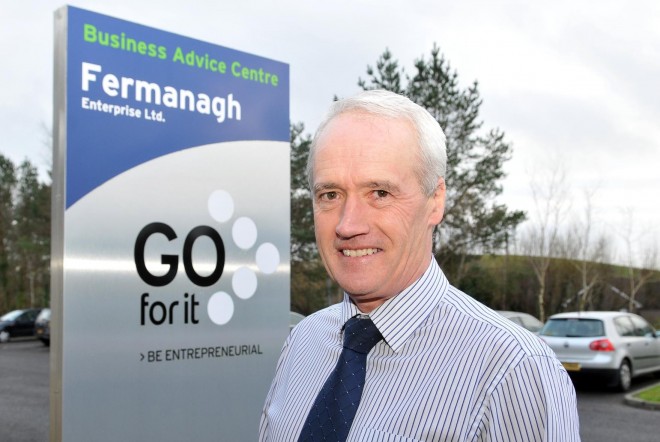 AT least 90 new businesses have been set up in the local area in the past year, showing the enduring entrepreneurial spirit of Fermanagh people.
According to figures released by the Department for the Economy last week, a total of 90 new business registered for either VAT or PAYE in the Fermanagh and Omagh District area in 2017, bringing the number of these business in the district to just under 8,000. This does not include smaller businesses who have not registered for either PAYE or VAT.
John Treacy, manager of Fermanagh Enterprise, said he wasn’t surprised by the figures.
“Traditionally this district would experience business start ups at a rate higher than anyone else in Northern Ireland, so those figures don’t surprise me.
“Start-up has been exceptional in the past 12 months. We’ve seen excellent interest from people and individuals wishing to move into self-employment and our Business Start Up Programme, which a Fermanagh and Omagh District Council funded programme and is delivered by ourselves, has achieved and exceeded targets we were set. It’s all good news from a business start up point of view.”
When asked about the sustainability of these new businesses, Mr Treacy said a previous study carried out by Fermanagh Enterprise had shown after six years around 54 percent of businesses were still going strong. Anecdotally, he said he had recently been speaking to people who had taken business courses at the old Enterprise Centre over 20 years ago, and their businesses were still going strong.
“Under the radar, a lot of those people are quietly working away at their businesses quite successfully, providing for their own economic future,” said Mr Treacy.
“Whilst some of these businesses just employ the proprietor and maybe just one other person, some of them actually grow to be very successful and create exports and generate wealth outside of the area too.”
Mr Treacy said there were many success stories where local people decided “to be responsible for their own financial future
“I’ve been involved in this for almost 28 years and over that period of time start ups have been, even the days of 26 councils, start ups in Fermanagh have been higher than anywhere else in Northern Ireland.
“There is an entrepreneurial spirit. That spirit remains, and we’re building on it at the moment.”