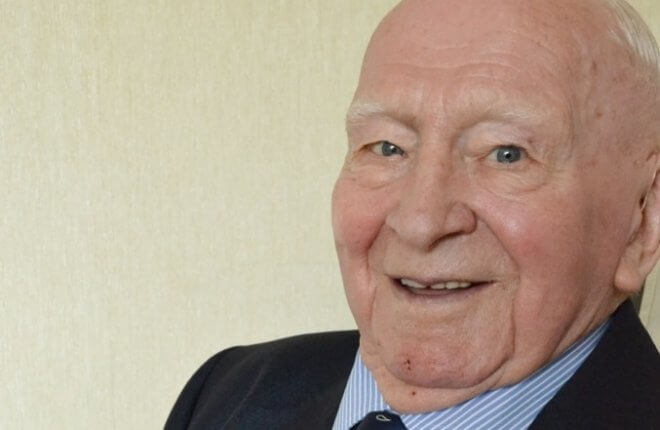 One of the best known figures within the local farming fraternity will be laid to rest today (Wednesday).
William (Bill) Wilson passed away peacefully at his home at Kilskeery Road in Trillick last Sunday at the age of 87.
He is best remembered across the community for his roles as President of the Fermanagh and Tyrone Ploughing Society and as an announcer at the Fermanagh County Show.
Born in April 1930, he was one of a family of nine children of Thomas E. Wilson and Letitia (nee Loane). For many decades, his name was synonymous in the community with ploughing alongside auctioneering, compering, growing show vegetables and charitable work.
He was a regular face at local shows including the Clogher Valley and Fermanagh County Shows for his vegetables and won many prizes at these events for his garden produce. He also served as a guest judge in ploughing competitions across Ireland and at the World Ploughing Championships.
Despite retiring from farming around ten years ago, he remained active within the Ploughing Society until relatively recently. In January 2017, he was awarded the British Empire Medal for services to the community.
A life-long member of Kilskeery Parish Church, where he was baptised, confirmed and married, he sang in the choir from the age of eight and also served for many years on the Select Vestry.
Bill is survived by his wife of 64 years, Winnie (Winifred Grace nee Armstrong) and their five children David (Pennsylvania), William (London), Maurice (Ballinamallard), Caroline (New York) and Andrew (London), sons and daughters-in-law and 11 grandchildren.
In a statement to the Herald, the Wilson family paid tribute to Bill’s kind and generous nature:
“He was a very giving man, serving the church, community and charities over many years. He never shirked from responsibility and was a natural in everything he turned his hand to. He was a genuine man who always saw the good in everyone and always spoke from the heart.”
DUP Councillor Errol Thompson also paid tribute to Mr Wilson this week: “Bill was a very well-known and highly respected community man who took part in many different activities. He was a gentleman of the highest degree and anyone who ever came across him or knew him in any way would have found him to be just that. I was saddened to learn of his passing and I offer my condolences to his wife and family.”
Mr Wilson’s remains were removed to Kilskeery Parish Church last night (Tuesday) ahead of his funeral service this afternoon at 2pm with interment afterwards in the adjoining churchyard.