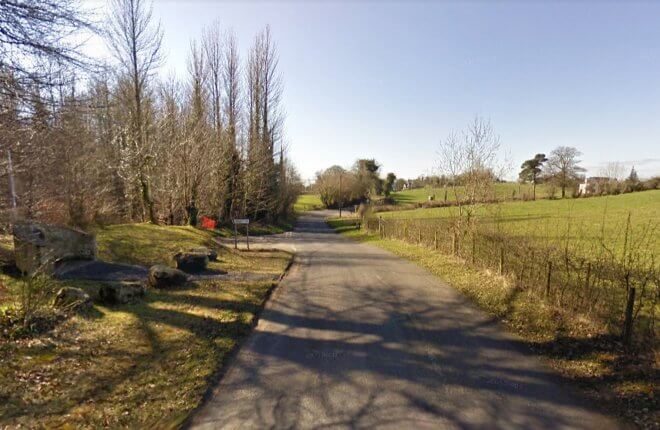 A FARMER has been left counting the cost as 10 sheep were knocked down and killed on the outskirts of Roslea.
On Friday night around 9.30pm Gardai were called to a suspected road traffic collision where 10 sheep were killed. The unknown vehicle, which is suspected to have been badly damaged in the incident, failed to stop at the scene. The incident occurred on the Clones to Roslea road in the townland of Aghafin, Clones approximately half of a mile from the border.
A local resident who arrived at the scene told the Herald, “We were about the fourth or fifth car that came along to the scene and we thought it was a car accident or something but then we saw it was ten sheep lying on the road. It looked like something had run them over, but the vehicle that did hit them must have been left in bad shape.
“Somebody went and got the owner, and he then rang the Guards and the vet. I have never seen a lot of sheep on that road, so they must have just got out of the field but that is quite a busy road. That farmer has lost ten sheep, and we aren’t sure if there was anyone hurt in the car.”
Pat McGrade from NIAPA believes that the farmer will have suffered a substantial loss from the death of the 10 sheep.
“It depends on the type of the sheep so there is no doubt that it will be a financial loss for the farmer. It is difficult for farmers to secure their land, a member of the public could go into the field or their could be stray dogs around. It may not have been the farmers fault – most farmers try to keep their land as secure as possible as they will be at loss if someone happens to their flock.”
A Gardai spokesman has said “I can confirm that ten sheep were injured on the road on Friday, some had to be put down. It is possibly a traffic collision but not confirmed at the moment. The matter will be subject of further investigation by Gardai at Clones Garda Station.”