Advertisement
HomeHeadlineWarning that more bank closures could be on cards
Advertisement 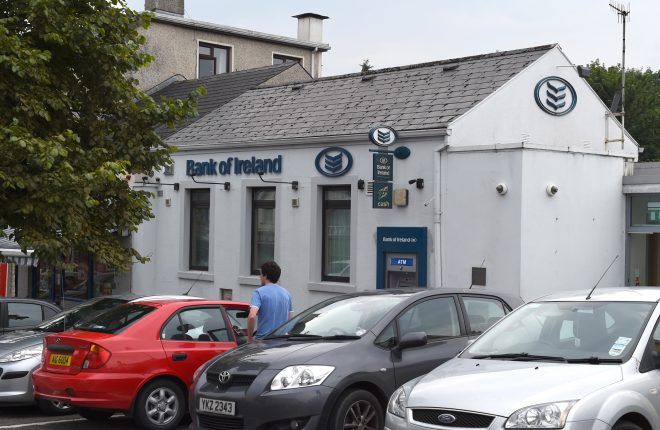 The last bank shut its doors in Belleek last year.

Fermanagh could still see more banks closing their doors this year after figures revealed that one in four branches of the North’s main banks will have shut their doors in the space of a year.
Between the start of 2017 and autumn of this year, almost 25% of Ulster Bank, Danske Bank, First Trust and Bank of Ireland will have closed. All four of the biggest banks have closed up to half of their local network in recent years as they cut costs and react to the rise in online and mobile banking.
Irvinestown was one of 11 branch closures announced by Ulster Bank last November as more of its customers are opting to use digital banking services. The move reduces its total number of branches from 64 to 44 with just two remaining in Fermanagh – in Enniskillen and Lisnaskea.
Unlike Belleek which saw the closure of the last bank in town in March 2017, Irvinestown will still be served by a Danske Bank branch. In the past five years the former Northern Bank in Kesh and Dromore’s First Trust and Ulster Bank outlets have also shut.
Both Bank of Ireland and Danske Bank have said that while there are no further closures planned this year, they will continue to keep their branch footprint under review. Meanwhile First Trust has undertaken a “reshaping and investment programme” involving the consolidation of 30 branches at the start of 2017 to 15.
Meanwhile plans by Ulster Bank to introduce a mobile community banking service to Irvinestown have been criticised by local councillors. Details of the proposal were announced at the January meeting of Fermanagh and Omagh District Council.
Ulster Unionist Cllr Diana Armstrong, said this would have an effect on the most vulnerable customers who she said would have real concerns if the bank contacted them with a proposal for a home visit.
The SDLP’s John Coyle added that it was clear that a town the size of Irvinestown with a large hinterland needed two banks.
He forecast that the introduction of a mobile service would be a short-term measure that would be stopped within a few months.