Advertisement
HomeHeadlineLocal tributes as Brokenshire bows out due to illness
Advertisement 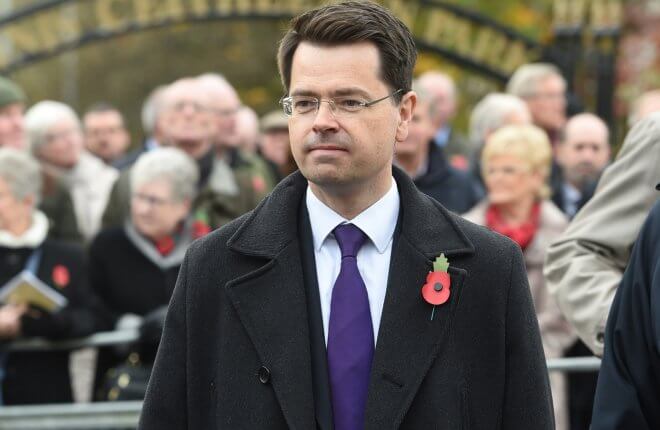 Local politicians have paid tribute to the former Northern Ireland Secretary James Brokenshire following his shock resignation this week due to ill health.
Mr Brokenshire – who turned 50 on Sunday – stood down on Monday ahead of British PM Theresa May’s cabinet reshuffle and revealed that he is to undergo surgery for a lung condition.
The Old Bexley and Sidcup MP took over the role in 2016 replacing Theresa Villiers. Mrs May has since appointed former Culture Secretary Karen Bradley as his successor. In his resignation letter, Mr Brokenshire said it’s his “earnest wish” that devolved government is restored “as quickly as possible”.
His departure came almost a year to the day of that of the late Martin McGuinness. The former Deputy First Minister’s resignation over Arlene Foster’s refusal to step aside as First Minister over the cash for ash scandal brought down the Stormont Assembly.
Mr Brokenshire visited Enniskillen twice last November. He attended the 30th anniversary of the Poppy Day bomb and the Remembrance Sunday commemoration four days later alongside Taoiseach Leo Varadkar.
Ulster Unionist MLA Rosemary Barton told the Herald this week that she was sorry to learn of Mr Brokenshire’s departure.
“I always found him to be approachable and he took a keen interest in the Fermanagh and South Tyrone constituency. That was demonstrated recently with his support for the innocent victims of the Enniskillen Poppy Day bomb.
“I wish him well with that and hope he will be back involved in frontline politics in the not too distant future,” she added.
DUP leader Arlene Foster added: “This is clearly a difficult time for not only James but for Cathy, his wife and his children. I send my best wishes to him and the entire Brokenshire family. I trust James will have the surgery he needs and will make a full recovery.
“Since becoming Secretary of State in 2016, Mr Brokenshire had immersed himself fully in the role by dedicating long hours to trying to make progress. James leaves the role with a very intimate knowledge of Northern Ireland and I look forward to working with him again in the future.”
A spokesman for Fermanagh Sinn Fein said: “We wish James Brokenshire well in the time ahead and hope he has a speedy recovery.”