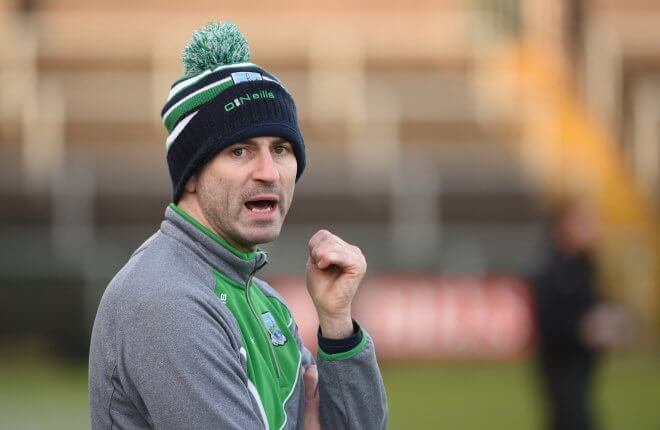 Victories over Monaghan and Queen’s in the past week mean that Fermanagh have got their new season off to the perfect start, as far as results are concerned.
The performances have mixed the good with the not so good, but it is early days. With the cobwebs of the off-season being shaken off and the toll of heavy training still being felt, no county will be much out of third gear in the first week of January.
Fermanagh flattered to deceive against Queen’s on Sunday, only scraping over the line thanks to a Seamie Quigley penalty. The win the first day out against Monaghan was much more impressive and, one hopes, more indicative of where this Erne squad are headed.
It is easy to be sniffy about McKenna cup wins, but given how much Fermanagh have struggled with Monaghan, failing to beat them since 2010, hauling down their colours was a notable scalp.
Nevertheless new Erne boss Rory Gallagher didn’t read too much into the game.
“We improved a lot in the second half on the first half,” said the Belleek man. “First half I thought we were nervy. We probably should have still gone in ahead at half time we missed a number of easy chances and frees.
“Monaghan were missing a lot of their top names, but they were very clinical with any chances they got and their free-taking was excellent. The wee 15 gave us a lot of trouble early on, but we got to grips with him and the conditions helped defenders. Cian McManus came on and did well.
“There’ll be a lot of tough tests ahead, but we don’t want to camp on our own 45. As often as possible we want to take the game to teams further out the field. It’ll evolve as time goes by.
“We had seven or eight guys who started the championship last year playing so it’s a bit into the unknown for us. We’re looking to build to the 28th January and give boys game time, but we’re also looking to see who is playing well and I thought in the second half lads stood up well.”
In both games Fermanagh came back from one point half-time deficits to claim victory. You have to go back to 2015 and the Qualifier clash with Roscommon for the last time Fermanagh managed to come from behind at half-time to win a game.
That could be an indicator that the heavy fitness work the squad have undertaken over the winter is bearing some early fruit given the energy sapping state of the Brewster sod currently.
“I thought we battled very hard,” said Gallagher “The boys have worked hard over the past five or six weeks. It’s great that the pitch was playable, but it is very heavy. That’s just the time of year, we’ve all been through the McKenna Cup and generally it’s like that.
“There’s much more important games than the McKenna Cup, but it’s good to win, because when you win games it shows you doing some things right. It shows up weaknesses too. We showed a lot of naivety in the second half [against Monaghan] late on, forcing a couple kick outs, letting them get a number of short kick outs having done well at the start of the second half, giving a lot of ball away. But it’s a starting pointing for us.”
Tonight (Wednesday) sees Fermanagh face off against Gallagher’s old charges Donegal in Ballybofey for a place in the McKenna Cup last four and once again Gallagher is expecting a good test.
“They’re two heavy hitters Monaghan and Donegal, two division 1 teams. We are well aware they have top players not playing, but they’re still in an environment over this last six or seven years where they’ve been very successful with good quality players coming in.”