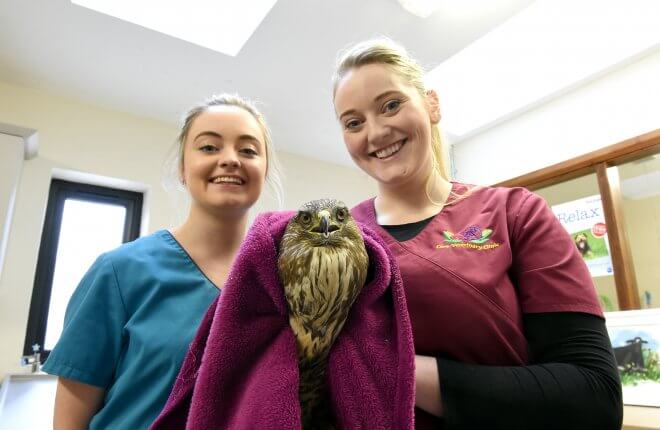 HARRY the buzzard has been given a new lease of life after being brought back to full health by a team of local vets.

After two weeks of round-the-clock care by the dedicated staff at Cara Veterinary Clinic on Enniskillen’s Old Tempo Road, Harry is now ready for the next stage of his rehabilitation.
The vets first became aware of the buzzard’s plight after they were contacted by a client in the Brookeborough area.
“He had arrived in a lady’s garden and she realised that something was wrong.
“When we went out to capture him he was pretty sick and dehydrated at that stage,” explained vet Helen Barrett.
After a digital X-ray of his wings, legs and body, the team soon discovered two lead pellets about a third of the way down the bird’s body.
Helen added: “We think that he may have eaten something like a rabbit which had been shot. Lead had entered the crop at the end of his neck which is a type of sack where food is stored until it’s ready to be digested into the stomach.”
Harry was treated for lead poisoning which included morning and night injections, being placed on a drip for 36 hours and tube fed for four days.
“He is a pretty ferocious looking boy and as he regained his strength he became more feisty. He is off all his medication now and really strong.
“When he first came in he wouldn’t flinch when we went near him but now he is flapping his wings. We are quite attached to him and it’s amazing that he has survived as most don’t but we got him in time,” says Helen.
The bird of prey, believed to be less than a year old, is now ready to be moved on to rehabilitation. He was due to cross the border last Tueday to the Eagles Flying bird sanctuary in Sligo from where the vets hope to see him released back into the wild very soon. 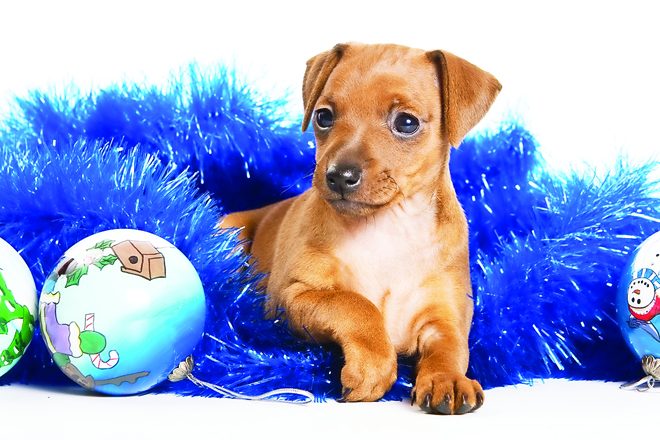 Think hard before you get a pet for Christmas

Maeve Lunny, Brook Veterinary Clinic, Enniskillen urges those considering giving a pet a home, to remember that a pet...