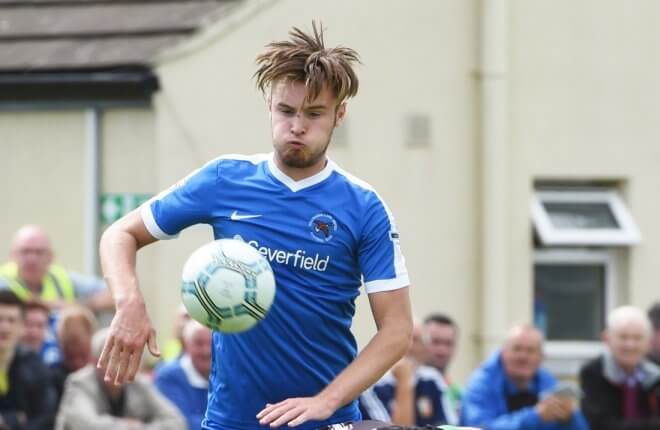 No one can pretend it has been a bed of roses in Ferney Park this past while.
The team go into their 11th game of the season tomorrow (Saturday) against Carrick still winless.
While the team has been steadily improving performances, the results are refusing to come.
One bright spark in the gloom has been the performances of Matty Smyth. Now a regular starter for the Mallards, the 19-year-old has being showing maturity beyond his years as the side battles desperately against relegation.
Given how much he is giving for the cause, last Friday’s defeat to Warrenpoint was a particularly hard blow to take.
“To get it back level and then to lose it a couple of minutes after was tough to take, especially after travelling the whole way up there. Again we put in decent performance, but it counts for nothing without the win.
“We need to get a first win to get off the mark. When that comes I think we’ll get a bit more confidence about us. We’ve been playing some good stuff, but it doesn’t mean anything if you’re not getting a win at the end of it.”
Despite the wretched run of results, the ex-Stevenage player maintains the form is still upbeat in the changing room.
“The mood is good. It’s been tough to try and keep it positive, but it had been good. We’re in good form, but we know we need to start getting results.
“We went up to Carrick earlier in the season and we got beat 2-0. We weren’t good enough on the day up there and hopefully we can put in a better performance down here.
“Now that we have been playing better hopefully we can get something out if it because it’s the teams like Carrick and the other teams around us that we need to be trying to beat. Hopefully we can get started on Saturday and push on from there.”
A starting point as regards getting a result would be keeping a clean sheet. The Ducks haven’t kept one all season, and it’s a problem which Smyth acknowledges is costing the team dear.
“We can’t seem to get the ball in the net and then we’re letting it. It seems everything is going against us. When you’re down there it’s difficult to get a break.”
Nevertheless, despite all the problems on the field, Smyth is fairly happy with how his debut Premiership season is working out on a personal level.
“I think I’m getting good experience. I’ve started well, and fitted in well, the boys have been good and I’m settling back in. I’m putting in good performances, but hopefully we can get some wins to back up the good performances.
Of course, as a youth international, Smyth isn’t exactly unused to high standard football, but he admits that the physicality of the Premiership has taken a bit of getting used to.
“It’s a lot more physical playing first team football compare to u19 international. There are a lot more experienced pros about, players who have played Irish league their whole life. International is a bit more technical.
“I’m enjoying it now, I just want us to get some wins under our belt and I’d enjoy it even more.”
Danske Bank Premiership
Ballinamallard Utd v Carrick Rangers
Saturday, 21st October, 3pm 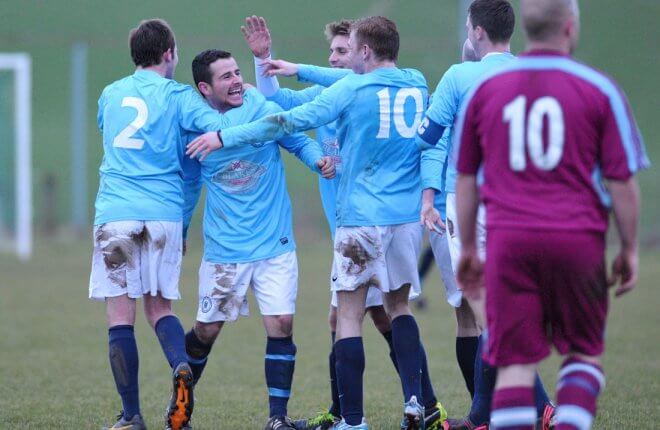 Club comes first for Conor ahead of Ferney showdown