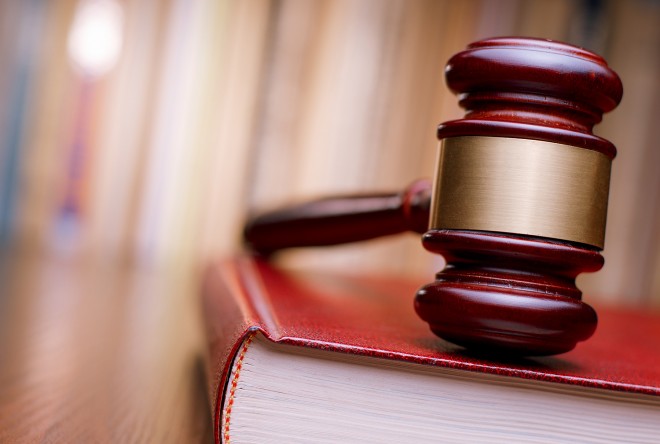 A DERRYLIN Fermanagh farmer has been given a suspended sentence for deliberately writing fraudulent cheques and making false representations for payments, knowing there were insufficient funds in his bank to honour them.
Keith Crawford (42) of Kinneen Road, Derrylin also committed a number of driving offences, one of which was detected whilst he was behind the wheel of a tractor, he knew had been stolen.
Dungannon Crown Court heard on 3 March 2016, Crawford agreed to pay £51,800 for 370 sheep from another farmer, but he failed to honour the deal.
On being challenged by the owner, Crawford went on to write cheques to the victim for £30,000 and £10,000 –  both of which bounced.
He was also caught driving a stolen New Holland Tractor, whilst disqualified and without insurance on 29 April 2016, at Main Street, Derrylin.
Three months later in the same area, Crawford was detected behind the wheel of a Landrover Discovery, also while disqualified and without insurance.
Finally on 8 August 2016, Crawford bought a vehicle from a local dealership using a cheque for £20,500, which also bounced.
He first appeared at Dungannon Crown Court on 7 March where not guilty pleas were entered to all allegations, and the case was in preparation for trial.
But on 28 April, defence cosunel sought a re-arraignment, and Crawford accepted all charges.
Judge Fowler remarked, “The defendant was interviewed by police (after the fraudulent sheep payments) and whilst matters were pending, in an extremely arrogant fashion tried to obtain a vehicle from a car dealership. He issued a cheque for £20,500 knowing there were insufficient funds to cover the payment.”
He continued, “All these offences occurred despite previous convictions for bouncing cheques. It may be the defendant was lulled into a false sense of security or confused by the leniency of how he was dealt with in the lower court on that occasion. These matters are before the crown court and the defendant tried to defraud two people out of very substantial sums of money.”
Noting Crawford has since had a 230-acre farm signed over to him by his parents, the judge was critical that there had been no efforts made to repay victims, until the very last minute.
However he accepted in the run-up to sentencing full restitution had been made, including an agreed sum of £25,000 paid to the sheep farmer, who had managed to recover some of the animals from the original deal.
Handing down a total of three years imprisonment, suspended for three years, Judge Fowler said, “I am affording an opportunity not to serve custody at this time. I am told this behaviour is never going to be repeated ever again. That is entirely up to the defendant.”
As well as the suspended sentence, Crawford was disqualified from driving for three years.