Advertisement
HomeHeadlineIrvinestown mourns loss of champion of the community
Advertisement 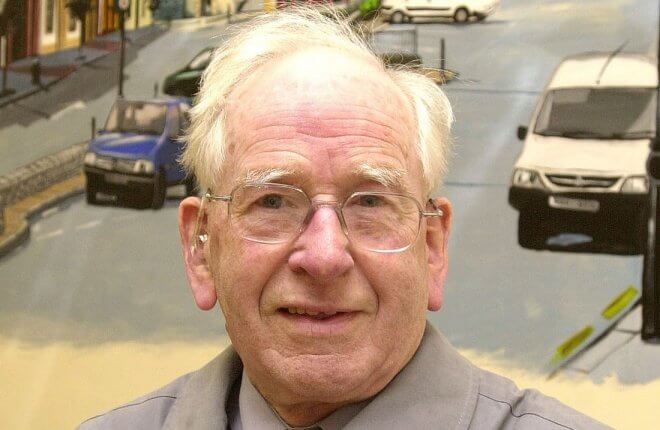 Irvinestown will today (Wednesday) bid farewell to its iconic ‘grandfather’ figure Douglas Hudson.
Mr Hudson (95) passed away peacefully on Sunday at Drumclay Nursing Home.
An active member of his local Methodist Church, Mr Hudson was a senior circuit steward. He was awarded an MBE in 2005 for services to the local community, which covered a range of organisations which he was involved with. He was a Fairs and Markets’ trustee for many years, a director of ITEC (Irvinestown Trustee Enterprise Company) and always found the time to fundraise for Christian Aid which supports people in famine areas.
In his younger days, he played rugby for Enniskillen and was club president for five years. In the 1960’s he was a member of the NI Tourist Board, an interest that led to him become one of the first committee members of the ‘Lady of the Lake’.
Mr Hudson originally lived at Cherry Hill with his wife Kathleen and in later years took an interest (part-time) in the family’s former gift shop in the town centre. Apart from an abiding interest in rugby, he was also a keen photographer.
Among those paying tribute this week was Jenny Irvine, chief executive of Arc Healthy Living Centre: “Douglas was a real grandfather for the town and so kind. He was always really focused on bringing the community together so he’s a huge loss. He was a great supporter of our addiction programme and understood the need to show compassion and kindness to people.
“His passing marks the end of an era as we say goodbye to another community hero and peacebuilder two years after the death of his great friend Malachy Mahon. We are forever thankful for their friendship and wisdom. Their direction and leadership was so important for Irvinestown and a great example of working together. Both men were very committed to their own faiths but they made the community a better and safer place.”
Mr Hudson’s funeral service takes place this afternoon at Irvinestown Methodist Church at 1.30pm, followed by burial at Sydare Cemetery.