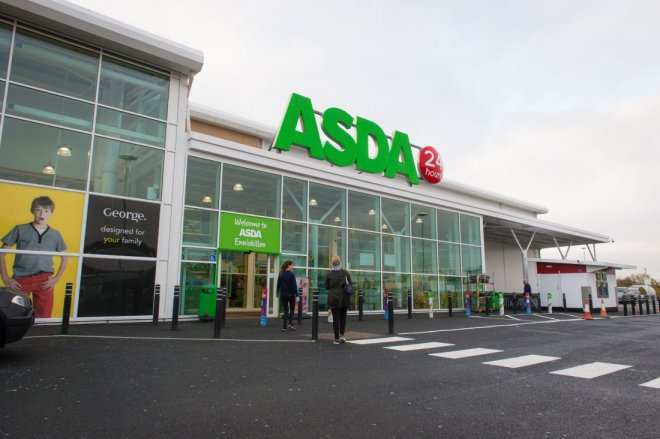 The woman stole an iPhone from Asda

A mother-of-three with a record for theft has been warned that she runs the risk of going to jail if she steals again.
Lisa McDonagh (36) of Carran Crescent, Drumclay, appeared at Enniskillen Magistrates Court on Monday for sentencing after previously pleading guilty to theft and criminal damage charges.
The charges related to two incidents last year, the first on August 2nd when she attempted to steal a TV to the value of £234 belonging to ASDA using a knife.
The court heard that at 2.20pm on the date in question, McDonagh had been seen on CCTV attempting to remove the security tags from the TV with the knife. The security tag was damaged beyond repair at a cost of £2.50 but the attempt to steal the TV had been unsuccessful.
When later questioned by police about the incident, McDonagh admitted that it was her on the CCTV when shown it but said she had no recollection of the incident or no money to pay for the TV.
She was charged with attempted theft, going equipped for theft and criminal damage.
The second charges of theft and criminal damage relate to an incident just days later on August 13 when McDonagh was again observed on CCTV. Wearing a black top and trousers, she entered the Vodafone store in Enniskillen and stole an iPhone valued at £330 which she placed first in her pocket and then down her top. In the process, she also damaged a security puck, a type of padlock, at the store.
The damage to the display cost £80 to repair while the phone was recovered from McDonagh when she handed it over to security staff. When questioned about this she denied the theft and after being shown CCTV of herself taking the phone told police: “All Travellers look the same”. McDonagh was later picked out at a Viper identification procedure as the culprit.
Defence barrister Ciaran Roddy told Monday’s court that his client had attended all her probation appointments since August 16th. District Judge Nigel Broderick said he hoped this was not an attempt by McDonagh to “impress the court to get a lenient sentence”.
McDonagh was handed an eight month sentence, suspended for three years with this warning from the judge: “You have a very poor record and theft is a common theme. If you go into a shop again and steal it’s not acceptable.” A compensation order of £412.50 was also imposed.