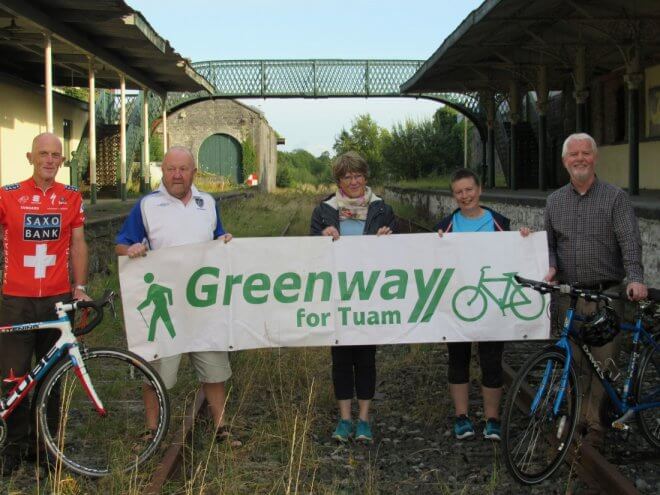 A CAMPAIGN for an ambitious new greenway project that could “join the fields of Athenry with the lakelands of Fermanagh” along disused railway lines is gathering steam in the West, and this weekend the campaign will come to Enniskillen.
Tuam man Brendan Monaghan will be in the town this Saturday morning to begin a cycle from Enniskillen to his home town, in a bid to raise awareness of the proposed Tuam Greenway, which it is hoped could link with the planned Ulster Canal Greenway, which will connect Clones and Enniskillen.
However, as Brendan told the Herald, while the campaign for the greenway, which will follow the route of the old railway lines, which were closed in the 1970, has been going on for sometime some in Co Galway opposed it as they wanted to see a freight railway service instead.
“The good news is that funding is available to create greenways and it’s government policy. All we have to do is convince Galway County Council to vote in favour of a feasibility study and then if the feasibility study recommends a greenway on the old line we should be good to go.”
Stating he “would really love to see a greenway developed that would join the fields of Athenry with the lakelands of Fermanagh,” Brendan said he wanted to raise as much awareness and interest as possible ahead of the vote at Galway County Council on September 25.
As such, this weekend he will be cycling from Enniskillen to Tuam, beginning after the park run on Saturday morning. Following the old railway lines as much as possible, Brendan will be cycling to Belcoo, onto Manorhamilton, on to Sligo and then down the N17. He said other cyclists are welcome to join him along the route.