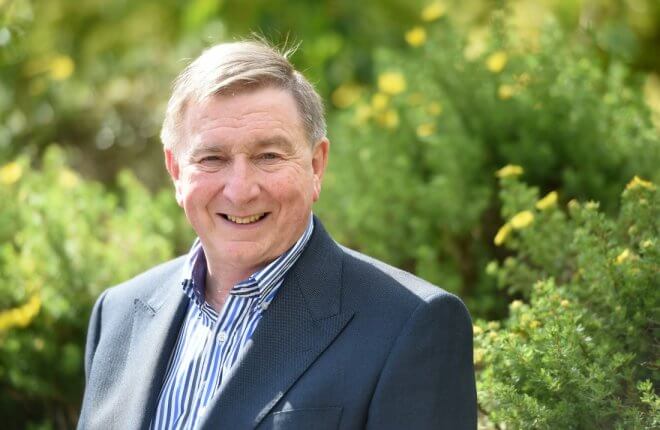 Fr Brian D’Arcy pictured at The Graan this week

FR BRIAN D’Arcy says he is heartbroken at the prospect of bidding farewell to Fermanagh later this month to take up a new position in Crossgar, Co Down.
The announcement of his departure this time last year saddened many across the county and beyond. He will soon be leaving St Gabriel’s Retreat at the Graan in Enniskillen, where he lives with three other priests, to return to Crossgar where he previously served for five years. He will be replaced at The Graan by Father Charles Cross who was most recently based at Holy Cross Parish, Ardoyne.
The popular 72-year-old priest has been stationed at The Graan five times during his long career and was given a 12 month extension of his stay at the place he loves so much. He will continue his broadcasting work for the BBC and his role as a Sunday World columnist.
“I’ll be disappointed within myself because I love Fermanagh and The Graan and its people have been home to me for so long. You only get so many years in one place and my time in Enniskillen has been stretched as much as possible. I’m not fully prepared to leave Fermanagh and will be heartbroken to do so,” he said.
Fr Brian, who will mark 48 years as a priest this December, believes his biggest achievement during his various times spent in ministry in Enniskillen was building cross-community relationships.
For more see this week’s Fermanagh Herald.