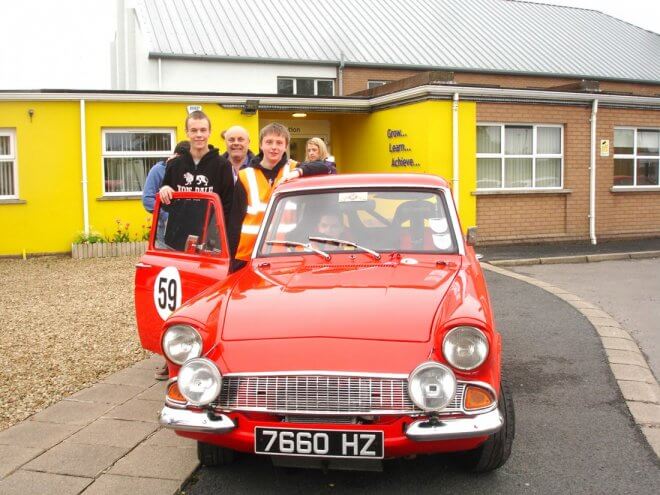 THE ban on new diesel and petrol cars from 2040 will have a major impact on motoring in rural areas like Fermanagh.
The move by the Westminster Government, launched last week, is aimed at cutting pollution and meeting legal European Union limits on harmful nitrogen dioxide pollution, much of which comes from road transport.
Electric or hybrid cars have lots going for them with regard to being quiet and clean but it will take time here for motorists to become accustomed to them.
Pat McCaffrey, owner of Western Cars in Enniskillen said this plan would clearly have an impact on the motor industry and he said people, including people in Fermanagh, are just going to have to plan for the changeover.
“It’s just going to take place and people will have to be educated into what will be available when the time comes around. But it will change everything, the way we look at our vehicles, how we refill them, how they can be serviced,” he said.
“We’re only a step away from electric being as accepted as or regular present fuels diesel or petrol. Companies like Topaz are already talking to their bigger fuel stations about how they might operate when the change occurs. There will be no petrol pumps, just charging points.
Eddie Roberts of TC Autos in Omagh felt that we wouldn’t see an impact here for many years.
“The whole infrastructure needs to be looked at and many motorists are concerned about the power of these vehicles. But technology is moving quickly and it is surprising how quickly things will change.”
He pointed out that charging points will have to be plentiful and motorists will to change their driving habits. Now they rely on the warning light to show them they are low on fuel, but with electric cars they are going to have to be more mindful of battery limitations.
“There aren’t too many charging points now, but I can see that increasing gradually when more electric vehicle take to our roads.”
Gerry Cavanagh from the Enniskillen Motor Club can’t see electric cars making an entrance any time soon, but admits it could happen some time.
“Electric cars don’t suit stage rallying because of the heavy batteries and lack of real power,” he said. “That’s not to say it would never work, though.”