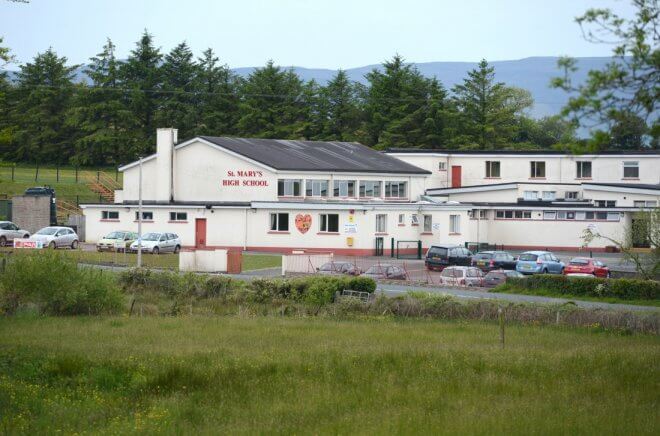 SOME anxious parents of Belleek children starting at St Mary’s High School, Brollagh, have been told they may have to wait until November before their children can get free transport to the school.
Up to 20 new pupils is thought to be affected, after letters were sent to parents from the Education Authority, telling them that their children were not eligible as they lived within a three miles radius of the school.
A number of parents appealed the decision but were told in a letter seen by the Fermanagh Herald, that they would have to wait until November to see if their child would get “concessionary” travel.
This would be at the “discretion” of the Authority, the letter added.
But what has infuriated parents even more is the suggestion in the letter that Translink might offer a solution.
“If concessionary travel is not available, parents are reminded that Translink may be able to provide a subsidised pupil pass for travel on public transport.
However one angry parent pointed out that Translink do not have any buses travelling between Belleek and Brollagh at the time children would be going to school.
“That just shows how much the Department know about us, it is just ridiculous.
“My child is starting this year and lives in Belleek and I will have to apply for a concessionary pass which might not come until November.
“Yet his neighbour who is already at St Mary’s can travel free.
“And what are we supposed to do between September and November?
Meanwhile Belleek Sinn Fein councillor John Feeley, pictured left. said the letters being sent out by the Education Authority were “beyond a joke and not acceptable”.
“That they are asking parents to wait until November before they know whether or not their child is going to get the pass is totally beyond belief.
“One of the lines within the letter tells that Translink could be of help.
“That has obviously been written by someone who either does not care or just does not have a clue about this rural area. “There are no Translink buses on this route.”