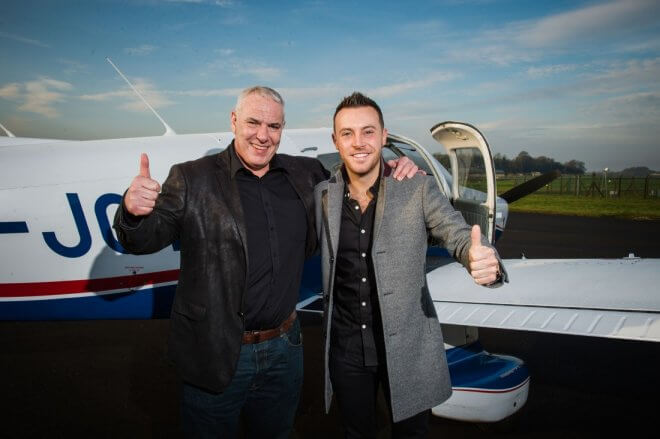 THE man organising the Harvest County Music Festival says he hopes fans “have the best time” at this weekend’s event.

Now the event is almost here as many well-known Irish and international artists prepare to descend on Fermanagh this weekend for the two day event, also being held in Westport.

Well-known for bringing Bruce Springsteen and other massive acts to Dublin, Peter is delighted to be introducing some of country music’s biggest names to local fans.

The weekend full of live entertainment will host up to 30 acts over three music stages including headliner Miranda Lambert, Jake Carter and Cliona Hagan. There will be a food village, dedicated dancing sessions, family zones, boutique camping and campervan facilities on site for all festival goers. Fans will also have a chance to get up close and personal with songwriters at the Harvest Café.

“We looked at many different sites all over Ireland but found Enniskillen Airport had the best infrastructure and was just what we needed. Harvest has been in planning for over a year and I just really liked the location plus nothing like this has ever been staged in Fermanagh which really appealed to me,” Peter told the Herald this week.

Within days of announcing Harvest, extra campervan and family camping capacity was made available for families planning to attend the event.

“We’re expecting crowds of up to 15,000 at Enniskillen Airport over the two days which is pretty impressive but tickets are still available,” Peter added.

Coming from a country background himself, Peter drew his inspiration for Harvest from big country festivals staged in America, such as California’s Stagecoach.

“There are so many different audiences out there for all types of music to cater for so that’s why it felt like the right time to push country with Harvest. I hope that it logistically it will all work out well and won’t be just a one off event. Most of all we want the vast majority of people to have a good time. With a great line-up and good organisation over 48 hours we hope to put on a great festival.”

Meanwhile the PSNI say they have been working with organisers of this year’s Harvest 2017 event to support a safe and enjoyable event, and to ensure traffic disruption is kept to a minimum.

They are warning motorists to expect some traffic disruption along the B82 Trory to Kesh Road with a slow build-up by those attending the event from Saturday onwards.

Enniskillen / Dungannon / Belfast will turn right as they depart the site and make their way along the B82 / A32 and A4 towards Dungannon.

Omagh / Strabane / Cookstown will turn left and travel along the B82 towards Kesh with Strabane and Londonderry traffic travelling via Castlederg and Omagh / Cookstown traffic turning right  in Lisnarick along the B534 into Irvinestown and then unto the A32 to Omagh.

Drivers are also reminded to leave plenty of time to ensure they complete their journey safely.  They must also take cognises of the fact that there are RBP Parades in Omagh and Aughnacloy on Saturday between 10am and 5pm.