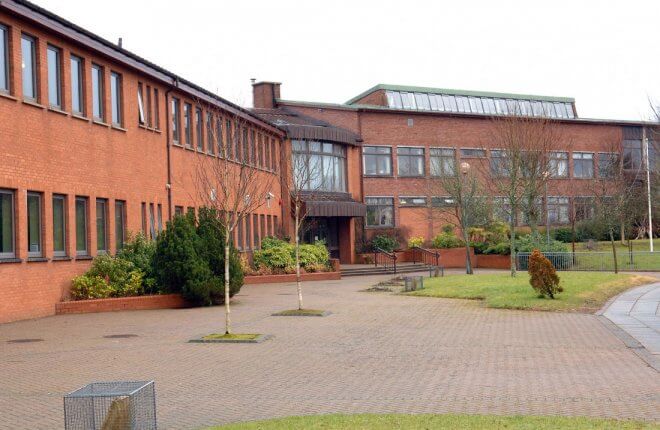 THE annual A-Level League Tables for the 2015/2016 academic year have revealed the top performing schools in Fermanagh.
Published on Friday, the tables show that St Michael’s College, Enniskillen topped the poll in Fermanagh at 36th place. The school recorded a vast improvement on last year’s 80th position with 76% of students achieving three A levels at A*-C.
Mount Lourdes Grammar School also recorded a big jump to 46th from 77th, with 73% of students achieving three A levels at A*-C.
St Comhghall’s College, Lisnaskea and St Fanchea’s College, Enniskillen were joint 81st, with both schools recording 62.5% of students achieving three A levels at A*-C.
Fivemiletown College tabled at 94th, haven fallen over 20 places on last year’s position.
St Mary’s College, Irvinestown have climbed to 105th with 54.5% of students gaining three A levels at A*-C, compared with last year’s 159th position.
St Joseph’s College, Enniskillen have fallen by 10 spots, finishing at 110th, compared to last year’s 100th while Devenish College, Enniskillen have tabled at 118, having fallen from 105 in 2016.
Erne Integrated College, Enniskillen have fallen by 14 spots this year tabling at 160th with 29% of students gaining three A levels at A*-C.
All of the school’s were contacted about the tables, but all but one principal was available for comment. Simon Mowbray, principal of Devenish College said: “Last summer the pupils and staff of Devenish College were very pleased with the attainments and achievements of our Year 14 pupils. 49% of our pupils achieved 3 A Levels at grades A*-C. Every year we compare our performance with other similar type schools either by type, location, size and/or Free School Meal criteria. In that regard we identified achievement at A Level as an area for improvement in our school development plan for the academic year just completed.
“Last year our performance was in line with the NI average for non-selective schools. This year we have set ourselves the target of being well above that average.”
The results for Collegiate Grammar school or Portora Royal, who now form the newly amalgamated Enniskillen Royal Grammar School, were not supplied, and furthermore were not included in the table.
Principal Elizabeth Armstrong has said: “We were informed last September that, given our amalgamation situation where the two schools were no longer in existence going forward, we were not to submit our examination data as is normally the case. Notwithstanding this, the excellent achievements of the pupils of both legacy schools were rightly celebrated at our prize giving events in the autumn.
“In our first year of Enniskillen Royal Grammar School staff and pupils have been working hard together to ensure that the first examination cohorts of Enniskillen Royal Grammar School achieve their full potential and build on the strong legacy of our parent schools.”